Melania Trump: Donald Trump tries to explain what ex-FLOTUS has been up to 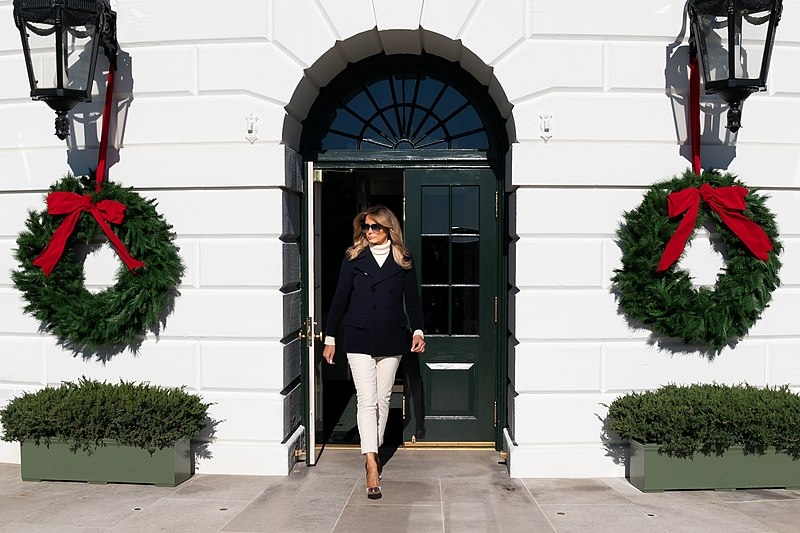 Former first lady Melania Trump has largely stayed out of the public eye since leaving the White House back in January. Former President Donald Trump recently explained what his wife has been up to now that she is no longer in the White House.

Speaking on Newsmax TV in a phone-in interview, Trump tried to explain what the former first lady has been doing as of late now that she is no longer the first lady. Rather than explain what Mrs. Trump really has been doing post-White House, the former president shared how many of his supporters miss seeing her around. Trump also went into a rant regarding the media coverage the former first lady received during the time they were surveying hurricane damage from Hurricane Harvey.

“She’s a very confident person. She was very successful as a model, she was, very, very, successful, and she is low key, but not actually low key, but she’s low key and the people love her. For instance, I’m making a speech in Ohio, where they’re going to have big crowds, they already have them lined up. We’re going to have big crowds tomorrow night and when I go there, there will be many, many signs. ‘We love our first lady, we love our first lady,’ and a lot of times they show a picture of a high heel, a shoe with a high heel,” said the former president.

Previously, the former first lady was not present during her husband’s birthday that was celebrated a few weeks ago. Trump celebrated his 75th birthday in a more low-key fashion, with a private dinner at his Bedminster golf club in New Jersey. The former president’s eldest son Don Jr. shared a video of the celebration on social media that included his girlfriend Kimberly Guilfoyle, Trump’s longtime aide Stephen Miller, Indiana Congressman Jim Banks, Colorado Congresswoman Lauren Boebert, and NFL player Herschel Walker.

It is not so surprising for Mrs. Trump not to be present in family celebrations such as this one, despite the day being a milestone for her husband. A source told People Magazine that Mrs. Trump keeps to her own life and sticks to her own schedule. The former first lady likely stayed behind in their Palm Beach residence rather than relocate to New Jersey for the summer as well.