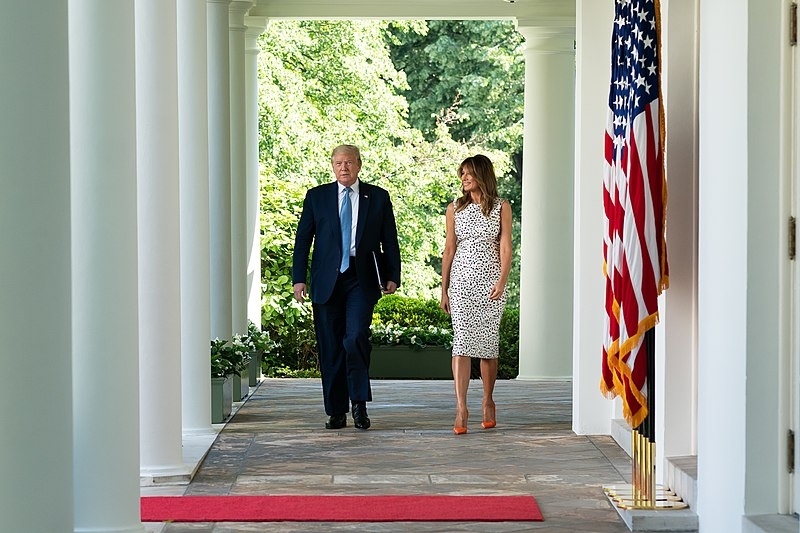 The Trump administration is keen to get the country up and running again since lifting the national lockdown period last April. However, in order to get the country and its economy really back to normal, the President has to convince the state governors to do so as they have the authority to reopen states. Trump has accused the Democrats of keeping the states closed to gain a political advantage over him. Now, he has brought the First Lady along to help him pander to the state governors, several of whom have resisted his calls to reopen.

The state governors have been reluctant in reopening especially as the death toll from the coronavirus in the United States has reached over 91,000. Melania joined her husband in the teleconference call with the governors and their spouses in the White House Situation Room.

The First Lady has tried to make her presence known all throughout the pandemic especially through social media. Melania has previously stressed the importance of wearing face masks in places where social distancing is impossible, while also sending care packages to children’s hospitals in several states as part of her Be Best initiative. She has also tried to extend her gratitude for the Americans who are working at the frontlines of the pandemic. Melania has also reached out to several First Ladies to discuss what their countries are doing to combat the coronavirus.

During the teleconference call, Melania urged the state governors to put some focus on the mental and physical health of children in the midst of the pandemic. The First Lady reiterated the key points of her initiative that focuses on the overall well-being of children. The lockdown has harmed many Americans mentally to some degree, including children. At the same time, the president also told the governors that if necessary, the federal government can step in to assist in reopening their states.