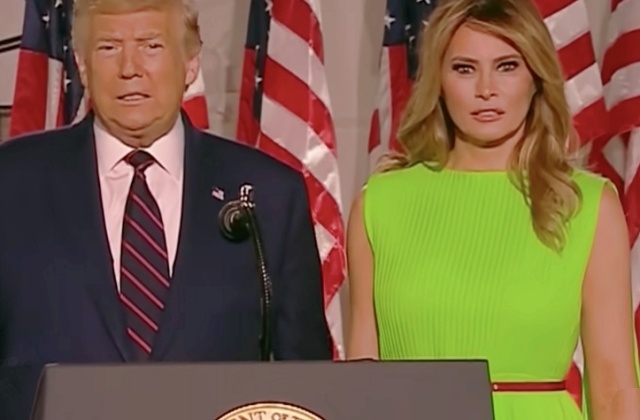 Melania Trump and her stepdaughter Ivanka Trump have always been suspected of having a bad relationship. While their spokespersons always deny these rumors, media outlets are presenting various “evidence” that proves they are not in good terms.

Most of these proofs are photos and there are even videos where people point out that their expressions are such a giveaway and tell the truth of their real relationship.

For instance, at the recent Republican National Convention, a video of Ivanka and Melania Trump’s meeting has been widely circulated as it showed the FLOTUS looking irked and bewildered as her stepdaughter ignored her when she greeted her with a big smile.

Insight on Melania and Ivanka’s relationship

Melania Trump joined Donald Trump’s family when they got married in 2005. She instantly became the stepmother of adults as the POTUS already has grown children in her first marriage with Ivana.

The First Lady is only 11 years older than Ivanka and seven years older than the president’s eldest child. Now, both women have their own roles in the White House when Donald Trump started his presidency in the U.S.

Parenting expert shared that while Melania Trump is not often seen with her husband’s children, she and Ivanka usually attend many events together as they support the POTUS. They are rarely shown talking as well and this could also be the reality when they are at home.

Then again, their aides have strongly denied the rumors of their strained relationship and said that in truth, the two are bonding when not in public.

"Ivanka and Mrs. Trump have always shared a close relationship, and that continues today," the FLOTUS’ then-spokeswoman, Stephanie Grisham, told Vanity Fair. However, a body language expert is not convinced because of what she can see.

Melania and Ivanka’s body language - What do they reveal?

Body language expert Judi James seemed to confirm that Melania Trump and Ivanka do not get along. She explained that their actions show there is rivalry between the stepmother and stepdaughter.

“In many ways, these two women do appear to have certain values in common, namely a love of perfect aesthetics, with both placing a strong emphasis on visual beauty and immaculate presentation,” she told Express. “If they were related by blood this could show a daughter’s admiration for her mother via mimicry.”

James stated that Melania and Ivanka tend to stand and sit in the same way plus their facial expressions are the same as well. However, with their relationship, this “overstated elegance and the Sphinx-like expressions” could be signs of rivalry as if they were trying to outdo each other.”