Boris Johnson's Downing Street refurbishment: might a law have been broken? 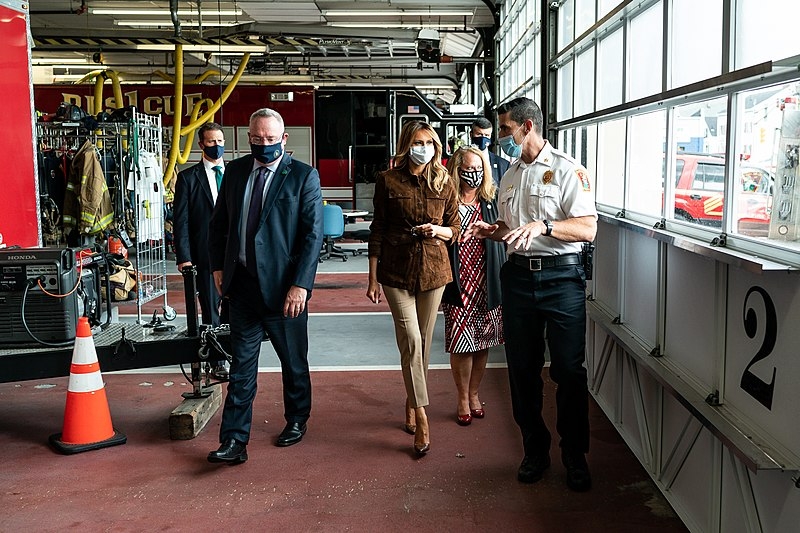 For the past few weeks, first lady Melania Trump stayed out of the public eye after contracting coronavirus and experiencing symptoms of COVID-19. Recently it was announced that she will be returning to the campaign trail to make the case for her husband Donald Trump.

Her husband is seeking reelection this year and with only a few weeks left until the elections in November, it is all hands on deck for the campaigns of both candidates. Melania’s chief of staff released a statement regarding the first lady’s future activities. The first lady will join Trump in his upcoming campaign rally in Erie, Pennsylvania, and she will also be present at the third and final presidential debate in Nashville.

Melania’s appearance in the upcoming campaign rally will be her first public appearance since recovering from COVID-19. She announced her full recovery in a White House statement last week. Unlike her husband, Melania opted to get treated for her mild symptoms at the White House and to recover there. To add to that, this will also be one of Melania’s very rare appearances during the campaign as she usually stays away from campaigning for her husband.

With 20 electoral votes to give, Pennsylvania is a key state to Trump’s reelection, and many figures are traveling to the state to make the case for the respective candidates. Vice president Mike Pence, former second lady Jill Biden, and former President Barack Obama will be hitting the campaign trail this week in the state.

Meanwhile, Jill Biden, wife of Democratic presidential candidate and former vice president Joe Biden was able to win over one important demographic among Americans than the first lady. LGBTQ website Queerty editor Graham Gremore summed up that Biden would be a better first lady compared to Melania. Gremore compared the two ladies before giving his verdict.

“On paper, Melania checks all the right boxes for being a stereotypical, late Nineties/Early Noughties Sex and the City sort of gay icon,” wrote Gremore. “She’s beautiful (at least on the outside, she’s sex positive, and she’s a little bit of a rebel (she really doesn’t care, do you?). Except that she’s married to the worst president in American history who has spent the past three and a half years chipping away at LGBTQ rights.”