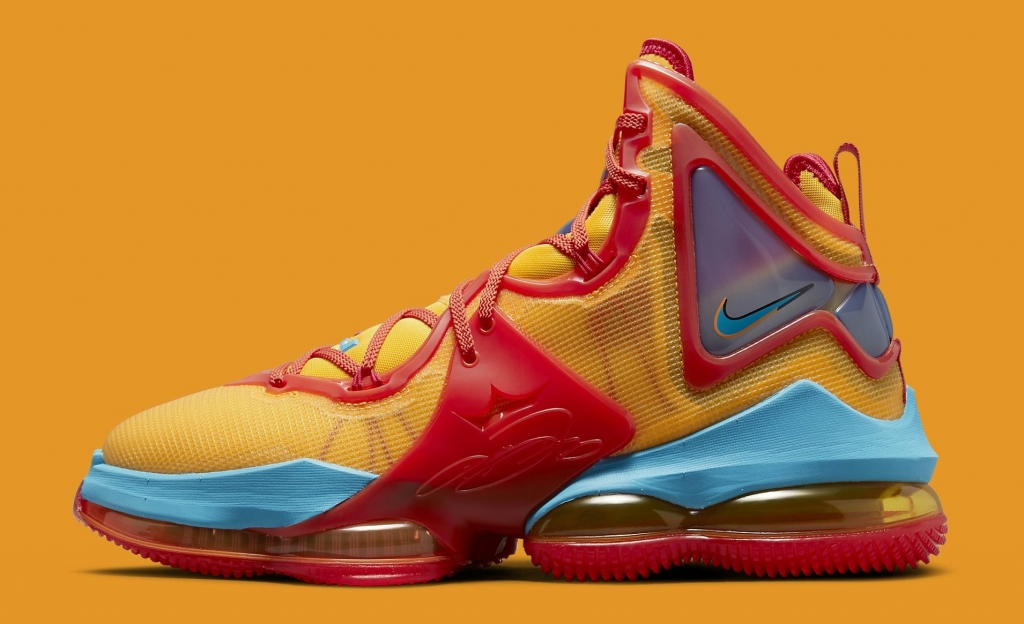 LeBron James’ 19th signature shoe will debut in the “Uniform Hook” makeup on December 19 via the brand’s SNKRS website, according to Nike.

The announcement directly references the blue and orange uniforms that James and the Tune Squad wore in the final act of the film Space Jam: A New Legacy.

Other than the scheme, other key details include a galaxy print and the official Space Jam: A New Legacy branding on the footbed.

Other than the “Uniform Hook” a second Space Jam: A New Legacy-inspired variant would in White and Blue Dutch would be dropping on the same date.

The Nike LeBron 19 was initially previewed in Space Jam: A New Legacy collection in July.