Volkswagen will price preferred Porsche AG shares f at 76.50 euros to 82.50 euros each, translating into a 70 billion to 75 billion euros valuation.

Metaverse: Wendy’s built its first restaurant in the virtual world 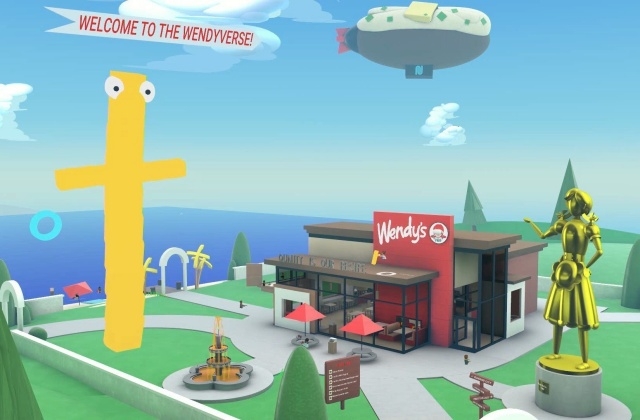 Wendy's revealed it has teamed up with Meta's Horizon Worlds to build its own "Wendyverse" world on the Metaverse or 3D virtual space. The company said that all Oculus Quest 2 headset users would be able to see its virtual restaurant and enjoy some activities while there, like shooting baskets with a Baconator.

Apparently, Wendy's has set up its newest branch in virtual reality. According to Restaurant Business Online, in cooperation with Horizon Worlds, the burger joint brand will be opening the Wendyverse on April 2.

Those who have the Quest 2 headgear can visit Wendy's on Metaverse and interact with other people inside the brand's virtual restaurant. While on the Wendyverse, visitors can go to the Orange Fanta fountain, go behind the counter, or play games. For those who do not want to move a lot, they can simply check out the surroundings and gaze at Wendy's giant gold statue.

Moreover, there is also a place called the Partnership Plaza at Wendy's Metaverse site. Visitors can walk around the Buck BiscuitDome or shoot hoops at the basketball court.

It was said that Wendy's opened its metaverse restaurant as part of its marketing strategy for its returning "Buck Biscuit." The promotion will push customers to order a Sausage or Bacon, Egg & Cheese Biscuit for just $1 in the restaurant or via Wendy's app.

"For years we have been meeting our fans in unexpected ways and places with our unique approach to social media, gaming, and engagement," Wendy's Company's chief marketing officer, Carl Loredo, said in a press release. "We are excited to take this to the next level by launching the Wendyverse in Meta's Horizon Worlds and bringing a totally new dimension of access to our fans. Truly a first of its kind, the Wendyverse bridges the best of today with tomorrow to show up for our fans across every world - with a Frosty® and fries in hand."

Finally, for fans who want to go to the Wendyverse, they must download the Horizon Worlds app then search for it on the platform. Clicking on the Wendyverse picture will immediately bring visitors to the restaurant's virtual world.