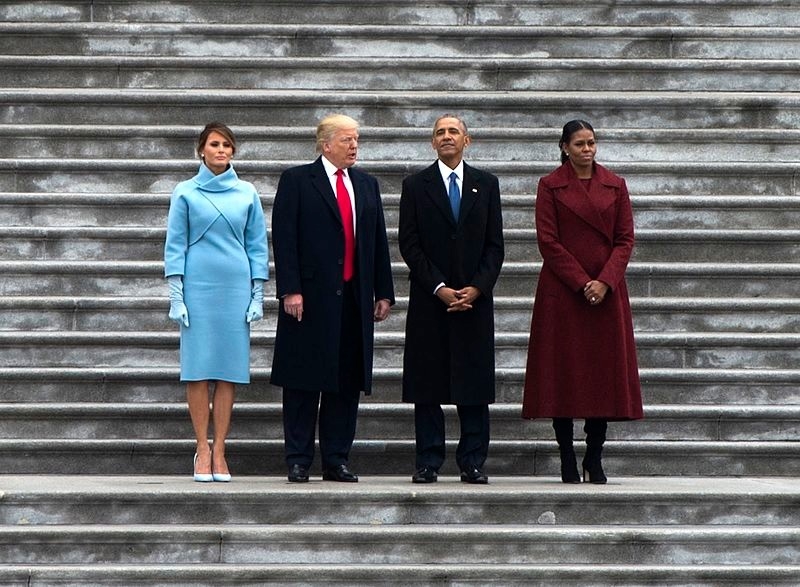 Michelle Obama has concluded her duties as the first lady of the United States since early 2017. However, there are still plenty of interests surrounding their last moments in the White House.

Michelle Obama: Why did she cry as soon as stepping off the White House premises

The highlight of Michelle Obama’s last day at the White House has to be welcoming the new occupants of the executive official residence - Donald Trump and Melania Trump. While the former first lady handled the entire ceremonial event with poise, she admitted in her new Netflix documentary that it was actually a very emotional day for her.

In an onstage sit-down interview with Oprah Winfrey, Obama admitted that she was fighting hard not to cry in front of the cameras because the media would have misinterpreted it. However, she admitted that tears started coming as soon as they were off the eyes of the public that day.

“Then we got on the Air Force One, and when I got on the plane, I think I sobbed for 30 minutes,” Obama told Winfrey. They were not bitter tears, though. The “Becoming” author said the emotions were likely fueled by the thought of finally being free from the pressure of “trying to do everything perfectly” in the previous eight years as the first lady. In several parts of the film, Obama discussed how she felt after being constantly under the media and public scrutiny -- sometimes over some trivial things -- that even led to her now-famous quote, “When they go low, we go high.”

Obama also shared some fun anecdotes from the experience of preparing to leave the White House. Her daughters’ friends had requested for one last White House sleepover a day before they left. But the former first lady had to get the girls out of bed the next day because “the Trumps are coming.”

Michelle Obama’s daughters, Malia and Sasha, grew up in the White House, but the former first couple went to great lengths to keep their daughters’ lives private. So it has to be one of the highlights of the “Becoming” documentary film to see the Obama daughters in brief appearances and interviews.

Malia, 21, was shown in one sequence where she goes to her mother backstage. The footage was taken after one of Mrs. Obama’s speaking tours that her eldest daughter had attended. Malia joined her younger sister Sasha, 18, in an interview for the documentary where they reveal what their wishes are for their mother now that they are out of the White House.