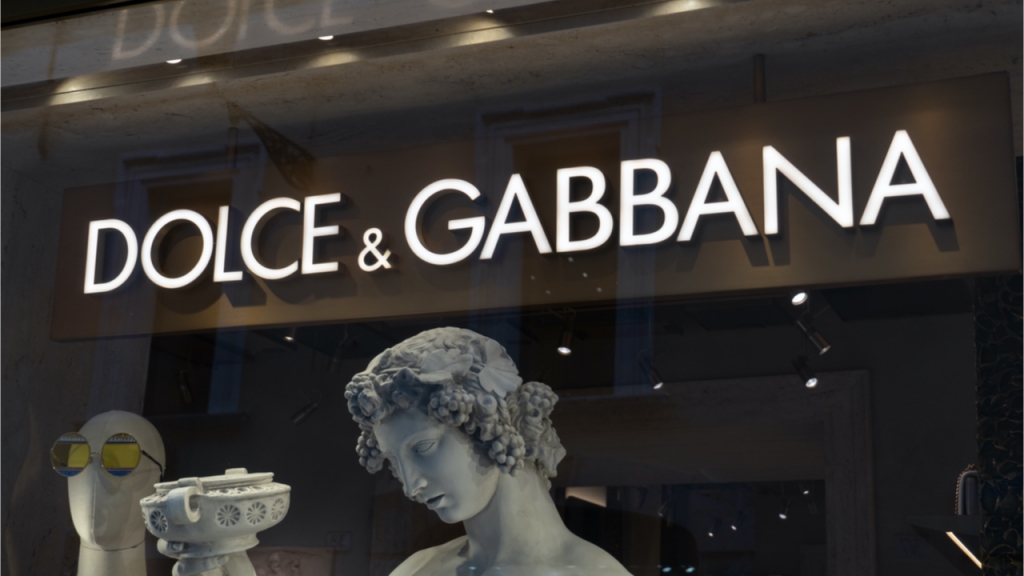 Dolce & Gabbana described the sale as "a historic moment" in Collezione Genesi becoming the first luxury NFT collection that involves both digital and physical works.

The NFTs in Dolce & Gabbana's nine-piece collection that brought in the most funds were the “The Doge Crown” and “The Glass Suit.”

“The Glass Suit” NFT, designed by Domenico Dolce and Stefano Gabbana, is both an NFT and a physical version tailored for the winner.

There were also two versions of “Dress from a Dream” NFT.

The Italian luxury fashion house in its NFT web portal described the sale as "a historic moment" in Collezione Genesi becoming the first luxury NFT collection that involves both digital and physical works.

A number of other fashion brands like Gucci, Burberry, and Louis Vuitton have all revealed NFT promotions.

Both Burberry and Louis Vuitton also used games in their NFT promotions.