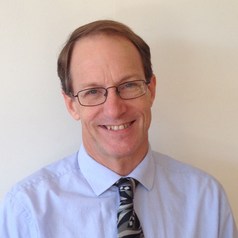 By A J Brown

In the current controversies over corporate culture, corruption and whether Australia needs a royal commission into banking, there is a huge common thread: the gap in laws that protect whistleblowers in Australia’s private and not-for-profit sectors.

A major reason why our legislators are having trouble moving on this issue is not, or not only because of a lack of political will, but a fundamental lack of knowledge about what might work.

Internationally, whistleblower protection laws are very patchy – as revealed and confirmed by research in 2014 and 2015 across the G20 nations.

In June 2014, for the major gaps in Australia’s private sector, the senate economics committee’s inquiry into the performance of the Australian Securities & Investments Commission mapped out many of the key issues.

Now, the Committee’s inquiry into financial advice has released an issues paper, recycling parts of the 2014 report, and putting attention back on the issue. In 2014, the government did not reject, but only noted, the earlier recommendations.

Questions posed by the paper demonstrate why overhauling corporate whistleblowing regime remains so hard, and emphasise the need for serious research, and a policy process to shape the reforms.

The senate committee raises the question of whether Australia should introduce a “compensation-based system” for corporate whistleblowers, as perhaps the “most fundamental reform.” But by this, it only means a bounty or reward schemes, where whistleblowers are incentivised to reveal wrongdoing by taking or initiating actions which lead to them recovering a percentage of the fraud revealed, or of the penalties imposed.

These schemes, based on the US False Claims Act and the Dodd-Frank reforms to the Securities and Exchange Commission’s powers, are an option. But they are not compensation schemes – they are incentivisation schemes, with compensation as a by-product in the specific types of cases where they work.

There is a strong risk of Australia leaping to these schemes as a silver bullet solution. But unlike the USA, and more like the UK, Australia already has a much stronger system of workplace law to help support a more comprehensive approach.

An important starting point is our systems of workplace health and safety – recognising that all employers must protect and support those who speak up about wrongdoing, as an extension of their responsibility to provide a safe working environment for all employees.

The senate committee also questions whether the Corporations Act should establish a role for ASIC or another body to act as an “advocate” for whistleblowers.

A strong independent authority is needed to ensure that whistleblowing regimes are working, and ensure protection or compensation are delivered. But there is a more fundamental question, about whether this role belongs in the Corporations Act at all.

Part 9.4AAA of the Corporations Act is almost all we currently have for protection of private sector whistleblowers. But it is limited to disclosures of “breaches of corporations legislation.” What about wider breaches of law, including the Criminal Code? Or of competition and consumer law, or environmental law?

Australia needs to avoid the US situation where whistleblower protection rules are duplicated in at least 47 different federal laws regulating the private sector, and counting.

In the current debate there is also far too weak a focus on the frontline of whistleblower protection – which lies within corporations themselves.

The senate committee issues paper refers to the Australian Standard (AS 8004-2003) on whistleblower protection programs. In fact, that standard is not just extremely limited in the guidance it provides, but is out of date, and has been withdrawn by Standards Australia with as yet no replacement.

What is not known is the volume of whistleblowing already goes on within corporations, and is actually dealt with reasonably, and how - not just what’s dealt with poorly. Finding this out is a key objective of the new Australian Research Council project, Whistling While They Work 2. In a world first, 22 partner organisations ranging from ASIC to the Commonwealth Ombudsman are approaching every organisation in Australia and New Zealand - public, private or not-for-profit - to help fill this knowledge gap, and identify best practice.

Our existing research shows the whistleblowing that we get to hear about publicly is just the tiniest fraction of what goes on. Whistleblowing often gets into the public domain not because an organisation can’t deal with wrongdoing concerns well, but because they haven’t dealt with them well… when they could have, because others do.

Clearer guidance on best practice in managing whistleblowing at organisational levels, and a legal regime that requires or incentivises those policies, is vital. Compensation only comes when these fail, or aren’t appropriate.

The crucial role of regulators, independent advocates and the media is to help put pressure on these internal systems to work, as well as alternative channels, remedies and enforcement where more or extra is needed.

The idea that we can get better outcomes for whistleblowers, or higher standards of integrity without these fundamental internal systems is farcical.

Given the extent of consensus on the need for new legal and governance standards, it’s time to turn our attention to what those standards need to contain – not defeat ourselves by assuming that organisations and regulators can never get it right, or that all whistleblowers are destined to suffer, no matter what.

A J Brown receives funding from the Australian Research Council and 15 of the 22 partner and supporter organisations to the ARC Linkage Project, Whistling While They Work 2 <www.whistlingwhiletheywork.edu.au>;. He is also a non-executive director of Transparency International Australia.