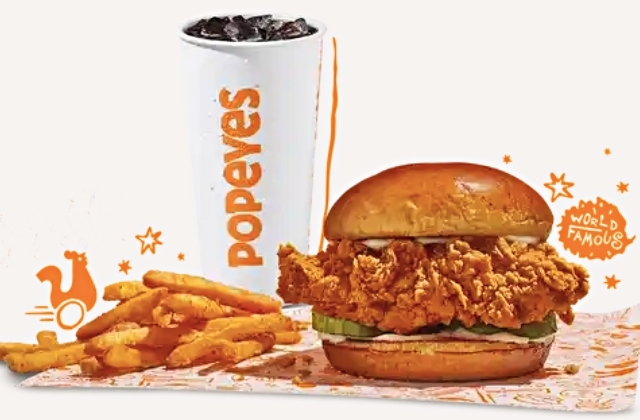 Popeyes is coming to South Korea, and its launch was already announced on Monday, Jan. 3. The Louisiana fried chicken chain said it signed an agreement to open in the country.

Popeyes and a subsidiary of the Silla Group excitedly revealed that they have entered into an exclusive Master Franchise and Development Agreement with the aim of developing and opening hundreds of the brand's restaurant outlets across South Korea. The companies are hoping that they will be able to reach this goal in the coming years.

Popeyes which is owned by Restaurant Brands International Inc. has finally reached Korea and the locals can expect to see its stores this year. As per Market Watch, this agreement is the fried chicken franchise's latest move to expand in the international scene.

Currently, the restaurant has a presence in more than 25 countries and 3,600 restaurants are already in operation. Last year, the fast-food chain shared about its plans to expand and enter the markets in the United Kingdom, India, France, and Romania. The brand also wants to widen its reach in Saudi Arabia and Mexico.

Restaurant Brands International has been busy with expansion for its major fast-food franchises in the U.K. In fact, it has relaunched Burger King, one of its leading labels, in France and things are going great so far.

"We are thrilled to launch Popeyes with the Silla Group subsidiary," RBI International, Popeyes parent company's president, David Shear, said in a press release. "We have strong confidence in the group and are pleased to announce exciting plans to bring our iconic Louisiana-style chicken to one of the largest chicken QSR markets in the world. Our entry illustrates our commitment to serving more guests around the world and the execution of our growth plans for the Asia Pacific region."

Lastly, the senior managing director of Silla Group's F&B unit, Moon Kyung Lee, also said that they are proud to be able to bring the famous Popeye fried chicken to S. Korea. She said that they are looking forward to a great outcome as they also believe that the brand will also significantly contribute to the country's economy by generating hundreds of new jobs in the coming years.