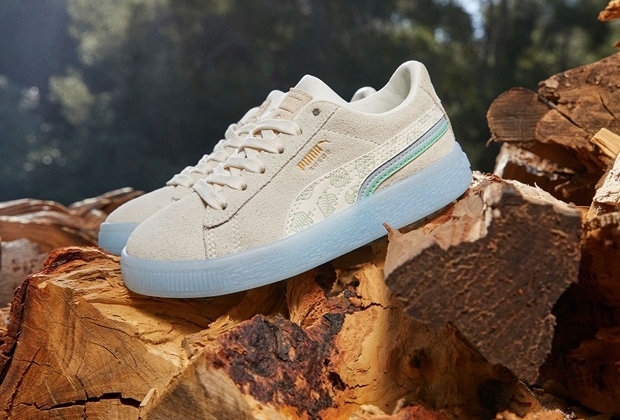 Puma, the German company that designs and manufactures athletic and casual footwear, apparel, and accessories, just launched its new collection that includes hoodies, sneakers, and more. The main point of these items is the “Animal Crossing” design.

The Herzogenaurach, Bavaria headquartered firm released its new designs in collaboration with Nintendo, the developer of the “Animal Crossing: New Horizons” Nintendo Switch game that has been the inspiration for the latest Puma sportswear collection.

According to CNN Business, Puma brought some distinctive elements of the game to real life through its new sportswear line-up. The company officially released the items last weekend, and there are designs for both adults and kids.

Dozens of products are available, and most are in pastel colors that feature the most recognizable symbols and animal characters of Nintendo’s “Animal Crossings: New Horizons” game.

All in all, there are 18 items for adults, and 17 were designed for kids in sizes four and up. The prices for hoodies start at $80, while sneakers for adults have prices ranging from $90 and up.

“The PUMA x Animal Crossing: New Horizons crossover takes cues from the beloved game; the collection’s streetwear silhouettes are reimagined with natural colors and authentic graphics from the fun franchise,” Puma wrote in the press release. “The resulting collaboration is ready for anything, with styles for both adults and kids, including some of PUMA’s most distinctive shoe silhouettes, Suede, Wild Rider, and Future Rider.”

Meanwhile, Game Rant noted that this is not Puma's first venture in collaborating with Nintendo's video game. The two companies had already teamed up before for the NES and Mario Brothers-themed sneakers that were designed to commemorate the Super Mario Bros. series’ 35th-anniversary last year.

Now, as the “Animal Crossing: New Horizons” has been the most successful game release in the franchise's almost two-decade history, it has been picked to be the featured design in Puma sportswear and sneakers latest collaborative lineup. This is expected to sell out as well, just like its previous collab featuring Super Mario that got sold out in mere minutes after release.