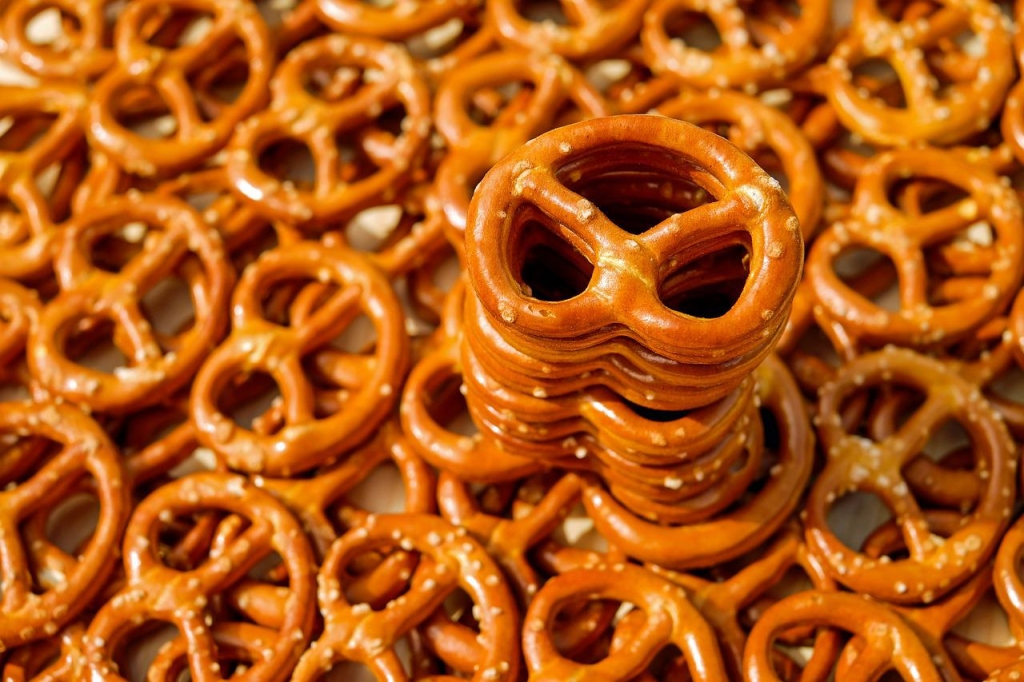 Rold Gold was introduced by Philadelphia businessman Lorraine Schumaker in 1917, and with its upcoming 106th birthday, it is celebrating this milestone by giving away over $106,000 in real gold bars. It is now owned by Pepsico's Frito-Lay snack company.

Rold Gold launched its Gold Hunters campaign, where fans of the pretzels are given a chance to win real gold by going on a hunt to find hidden Rold Gold in the background of their favorite TV shows, sports, movies, and even music. The limited-time program will highlight the pretzel brand's pop culture legacy as the mentioned outlets will be featured in span decades.

In addition, Rold Gold will also release a special item as it turns 106 years old. The brand will drop a limited edition bag design that fans can purchase in stores across the United States this coming summer.

Starting this week until Sept. 11, people must follow Rold Gold's social media accounts to get the latest updates and find clues that will help them know which '80s film classics, popular '90s sitcoms, current drama and comedy shows to watch to spot the hidden Rold Gold.

Fans will also find clues on Instagram, Facebook, IMDB, and even Amazon throughout the campaign period. It should be noted that Rold Gold can pop up on these channels at any time so those who would like to win gold bars must tune in. All the clues will also be live on Rold Gold's website starting June 27.

From drama to comedy, Rold Gold has always been in pop culture. Find a bag of Rold Gold in any scene, and you could win real gold. Tell us where you found it by tweeting with #FoundGold and #Entry. See rules: https://t.co/pRYDE6SaUY pic.twitter.com/0yDXBeMeqW

To win the gold, once people solve the clues or spot the Rold Gold on the mentioned channels, they must post their find on Twitter and state they have "found gold" and post it with the hashtags #FoundGold and #Entry.

To make it easier, participants can simply leave a comment on the initiating tweet, but the two hashtags must still be added. The company will pick 60 random winners from the entries and they will be able to bring home part of the $106,000 worth of real gold.

"Rold Gold has been intertwined in culture for more than a century, not only showing up for pretzel lovers as their go-to snack but also appearing in some of our favorite cultural moments with some of our favorite personalities, like Joel," Frito-Lay's senior director of marketing, Flavia Simoes, said in a press release.

She added, "We want to celebrate Rold Gold's legacy as both a beloved snack food and as a staple in American pop culture. Our Gold Hunters campaign and latest bag design speak to Rold Gold's enduring relevancy."