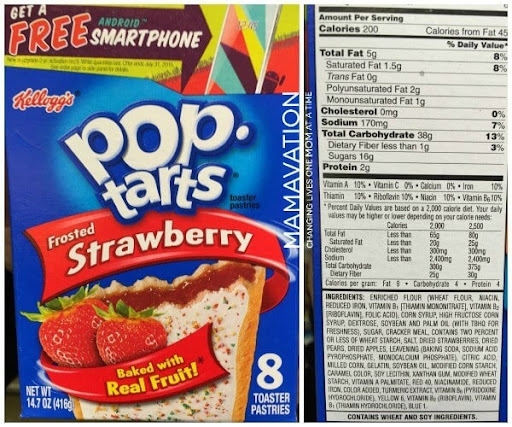 According to the plaintiff, Kellogg gives "consumers the impression" that the product contains "a greater relative and absolute amount of strawberries than it does."

Kellogg has been sued for allegedly misleading consumers of its Frosted Strawberry Pop-Tarts as to the amount of strawberry filling in the product.

According to plaintiff Anita Harris, who filed the lawsuit in the US District Courts' Southern District of Illinois, Kellogg gives "consumers the impression" that the product contains "a greater relative and absolute amount of strawberries than it does."

Harris added that despite strawberries being the product's "characterizing ingredient," dried strawberries don't even get mentioned on the actual ingredients list until the "contains 2-percent or less" section.

Harris noted that based on the "quantitative estimate and analysis", it appears to or may even contain more non-strawberry fruit than strawberry ingredients.

The complaint states that to give consumers the false impression that the product contains a certain amount of strawberries, Kellogg added a synthetic food coloring made from petroleum known as Red 40.

The plaintiff also alleges that by not including similar statements as "Naturally & Artificially Flavored" as its competitors do, Kellogg'spackaging gives it an advantage.

Harris concluded that Kellogg "sold more" and "at higher prices" due to the "misconduct" and at "the expense of consumers."

The plaintiff is asking that the suit be categorized as a class action and for Kellogg to be ordered to change the product's packaging and marketing as well as to pay monetary compensation.