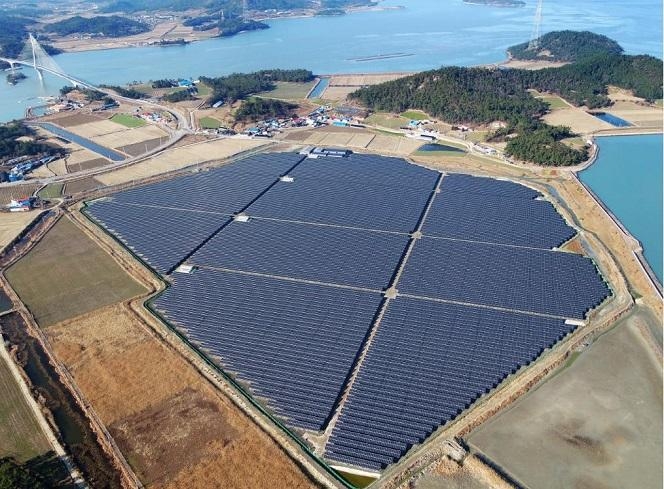 The solar farm, which holds a capacity of 150 megawatts and can generate 209.7 gigawatt-hours per year, costs 319.6 billion won to build.

The solar farm, which holds a capacity of 150 megawatts and can generate 209.7 gigawatt-hours per year, costs 319.6 billion won to build.

The construction, which started in May 2020, was completed late last year.

The solar farm has an expected lifespan of up to Dec. 2040.

The solar farm was built from investments by 2,875 residents who formed a cooperative to raise 12.8 billion won.

Of the annual revenue raised through electricity sales, 2.6 billion won will go to the cooperative to boost the income of local farmers and fishermen.