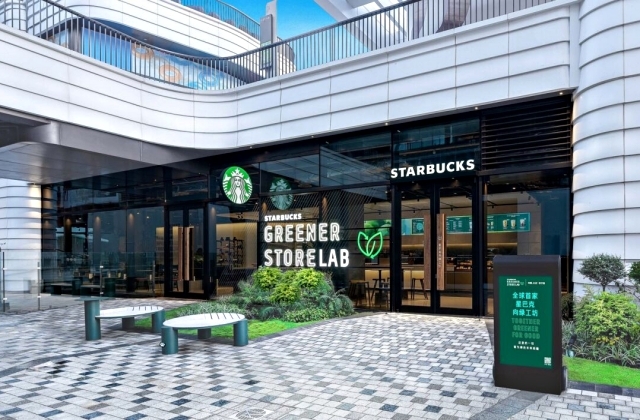 Starbucks has opened its Greener Store Lab and picked Shanghai, China, to be the first country to have this new vegan concept store outside of North America. The coffee chain launched the store late last week, and its interiors feature recycled materials while the menu items are mostly plant-based.

It was reported that Starbucks is also planning to open the same circular Greener Store coffee shop in the United Kingdom, Japan, and Chile. Everywhere in the store, customers will find repurposed materials and zero-waste initiatives that go well with the company’s “green” concept.

As mentioned on Green Queen, the Starbucks Greener Store in Shanghai is located in Qiantan Taikooli. It was designed to boost the company’s eco-friendly credentials and serve as a platform for future innovation. The opening date was just days after the company debuted its global reusables campaign, where it gave away 2 million reusable cups to customers in the Asia Pacific.

Now, it is not just the materials in the shop that are environmentally friendly, but the menu items in this outlet are also “green.” The coffee chain has already introduced various plant-based menus and ingredients, but it will be adding more to expand its vegan options.

For starters, since Starbucks’ use of dairy is said to account for a fifth of its total greenhouse gas emissions, its Shanghai Greener Store Lab will offer dairy-free and “meatless” food options. The firm stated that 50% of the menu would be vegan, and this will make Oat milk a default option in most of the drinks served in the store.

The store will add 15 new plant-based food items that will include sandwiches, cakes, salads, pastries, wraps, and other bakery selections. This will also highlight Starbucks’ collaboration with food alternative manufacturers such as Beyond Meat, OmniFoods, Oatly, and Impossible Foods.

At any rate, in the company’s blog post, it was stated that the Greener Store Lab is now the first Starbucks outlet in China that will recycle coffee grounds and use them as fertilizer. It is also the first in the Chinese territory to be powered by renewable energy.