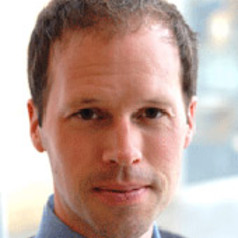 The online advertising industry has faced a considerable backlash recently as a greater understanding of how the practices of data scraping, aggregation, mining and user profiling are carried out behind the scenes. From Edward Snowden’s revelations of governments using social media to perform mass surveillance, to the often creepy presence of targeted adverts that slow mobile web browsing to a crawl, we’re now much more aware and concerned about who knows what about us.

So privacy and consent is one concern about this industry, which is built around shadowy data aggregators and brokers who sell our data to third parties. But as the data business is booming, another line of thought is to wonder why we, who generate this valuable data, don’t see any of the profits.

The industry has highlighted its contribution to the economy during troubled economic times, and the role of adverts and data services in ensuring web content remains free for all. Without adverts, their argument goes, the internet would look very different, with many websites turning to paid-for models. And there is a democratic aspect too: free flow of data is not just essential for the advertising industry, but also for promoting transparency and holding government and institutions to account. The industry strives to shift its public image from exploiters of free data to heroic figures of democracy and an engine of economic growth.

However, despite these rebranding efforts, the use of ad-blocking software has leapt by 70% in two years. The European Union has dedicated much time and effort to drafting the new General Data Protection Regulation in order to tackle the issues raised by the online data industry directly. If this is the death-knell of the industry, will it also bring about fundamental changes to the internet and to the economy, as online advertisers would have us believe?

Certainly the industry seems worried, having considered legal action against ad-blocking firms and being vocal critics of the EU data protection laws. But our research suggests that there might be a reconciliation emerging that would bring together the concerns of economic exploitation, privacy and impact on the wider economy. And while this involves new software and services, it also requires a fundamental redefinition of how we consider online privacy and rights over the data we generate.

Much of the software, services and regulatory devices developed during the past few years are to address concerns around the online data industry. Alongside ad-blockers are “do-not-track” instructions to prevent tracking cookies, for example, but this on-or-off choice does nothing for concerns about economic impact. Instead a new approach is to involve users in how their data is used.

Products such as data vaults will allow users to lock away their personal online data as it is generated and decide who to share it with and for what purposes. Vaults will be funded by aggregating individual preferences from users, anonymising them and then using this to strike a commercial deal with relevant third-party buyers. The vault provider then asks customers to establish which of them wish to take up the deal – this way, some of the commercial value of the data is realised, but without directly infringing the users’ privacy – a compromise.

Using data vaults will encourage us to change the way we think about privacy through notions of ownership and control, rather than couching discussions in terms of metaphors about privacy “invasions”. Instead of being invaded, now the user can make their preferences count.

For this to work it requires new models of exchange and property rights. Ownership of data must be returned to the users who generated it, to whom it relates and who now decide who has access to their data and in what form. Owning their data means users can participate in new commercial relationships and means of exchange. For example, if 1,000 data vault users want a holiday in Spain for two weeks in August, access to their data is a bargaining chip for the vault operator to take to travel companies and seek suitable offers for the vault users, as potential customers. Instead of a one-way exploitation of free data, users can receive a piece of the action.

Unlike online data firms’ attempts to profile us through our online activity, the vault knows who we are and allows us to set our preferences. Using anonymised, aggregated data that include user preferences should increase the chances that the return offered to users is more relevant. So far from being the end of online business as we know it, as the doom-mongers would have it, in fact placing users in control not only reconfigures privacy to their benefit, but also presents them with things they’re more likely to buy – which means the advertisers benefit too.