‘The Elder Scrolls 6’ release date: Will it happen before the reported TV series adaptation premieres on Netflix? 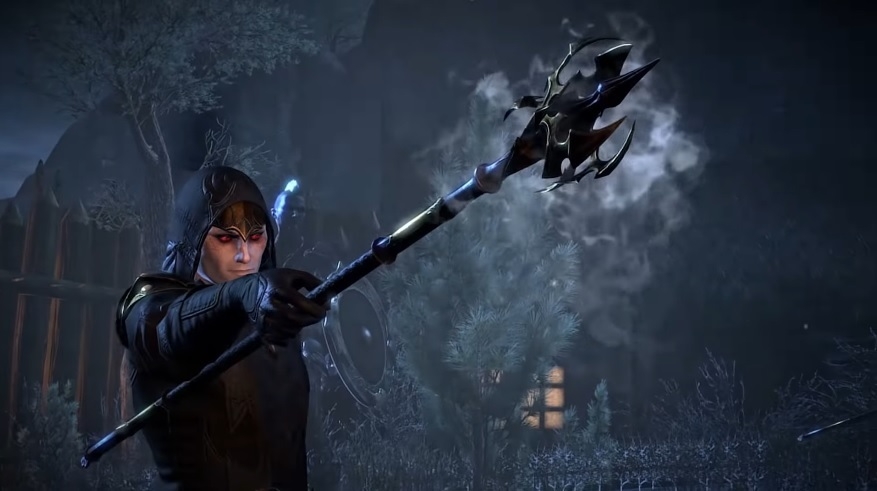 Bethesda is reportedly bringing the lore situated in Tamriel on a whole different platform. Fans have been waiting for an official update about “The Elder Scrolls 6,” but they got recently was a report that the video game franchise is getting a TV series adaptation.

‘The Elder Scrolls’ TV series rumored to be in development

The report comes from movie and TV insider Daniel Richtman, who posted on Patreon about the potential “The Elder Scrolls” TV series project. There were not many details provided, and it is also worth noting that the information was included in a post Richtman titled “Rumors.”

The early talks with Netflix to make a “The Elder Scrolls” TV series may have started, but the development could still in very early stages. But considering the massive success the media streaming company saw with the premiere of “The Witcher” starring Henry Cavill, it is not impossible for the company to want to replicate that. And what better way to do it than with a long-running and highly popular series such as “The Elder Scrolls.”

Netflix and Bethesda have yet to confirm the report, but it is not the only video game-based series in development for the streaming platform. Earlier this year, Netflix and Capcom confirmed that a CG-animated series is in the works titled “Resident Evil: Infinite Darkness” featuring protagonists Leon and Claire.

This would also not be the first time Bethesda agrees to have its famous franchise be made into a TV series. It was confirmed earlier this year that “Fallout” has been in development as an upcoming show for Amazon Prime Video.

For now, it is impossible to determine which of “The Elder Scrolls 6” and the TV series is getting released first. While the next game has been confirmed, Bethesda has been telling fans not to expect its launch anytime soon. The studio only confirmed it will be released after “Starfield” but even the timeline for the new IP is still unknown to the public.

Whichever comes first between “The Elder Scrolls” and the TV series, the story in the upcoming game may not be included yet in the latter. The franchise has been around for more than 26 years now, and its lore has been so expansive that it might take a few seasons for the series to catch up with the game in terms of plot.