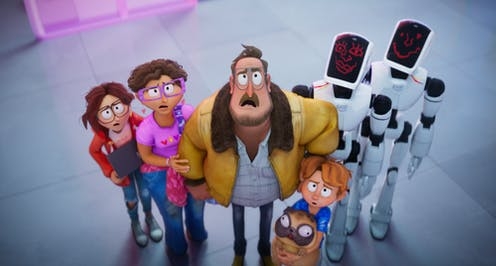 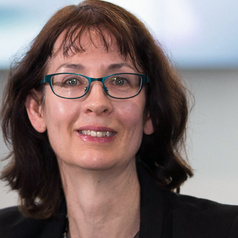 Robots have fascinated cinema-goers ever since Fritz Lang’s 1927 expressionist silent film Metropolis. The German dystopia film portrays a near future where a female robot (a “gynoid”) is built as an evil twin of Maria, a woman trying to unionise the workforce. The robot Maria wreaks havoc, turning the workers against each other, inciting murder and the destruction of the machines powering the city.

The portrayal of robots in popular culture has always captured the technological hopes and fears of the day, veering between hyperbolic promises and dystopian nightmares. 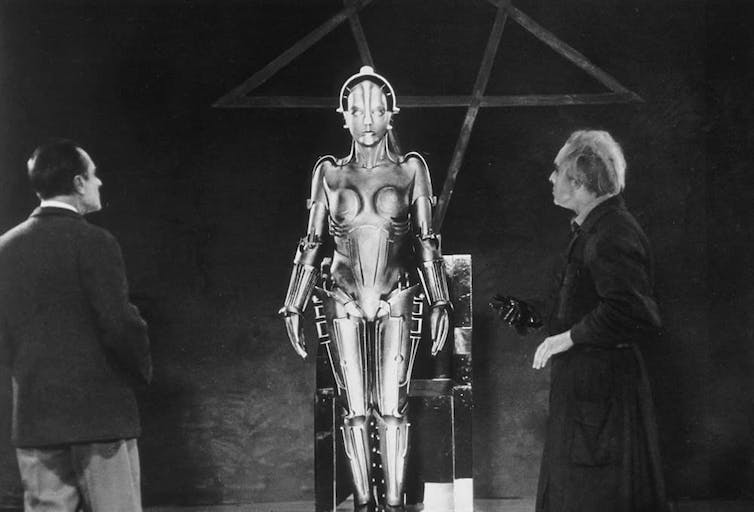 This millennium, Pixar’s animated WALL-E (2008) gave us warm fuzzies for a friendly and lonely garbage-cleaning robot. Comedy-drama Robot & Frank (2012) showed a close relationship developing between an older man and his care robot.

Now we have Netflix’s The Mitchells vs. the Machines, where the very ordinary Mitchell family — mother Linda (Maya Rudolph), father Rick (Danny McBride), teenage daughter Katie (Abbi Jacobson) and younger son Aaron (Mike Rianda) — are forced to unite against menacing robots out to rid the Earth of humans.

‘We’re the Mitchells … the only people who can save the world. Sorry about that.’

The film presents a nuanced portrayal of our relationship with machines. It makes fun of the hype and idolatry pervading digital technology, responds to our anxieties about new technology, and reminds us old tech is sometimes better than over-designed, unnecessarily “smart” devices.

While films such as Metropolis expressed fears about intelligent machines gaining control over humans, The Mitchells vs. the Machines taps into our fears of technology interfering with our relationships.

At family dinner, Rick begs the others to look up from their phones and make eye contact just for once.

Katie has gained entry to film school, and feels her father doesn’t understand her obsession with her phone and digital film-making. Rick longs to resume the kind of close relationships he had with Katie when she was a little girl. He proudly drives a battered, “non-smart” car and wants to teach his children old-fashioned survival skills. 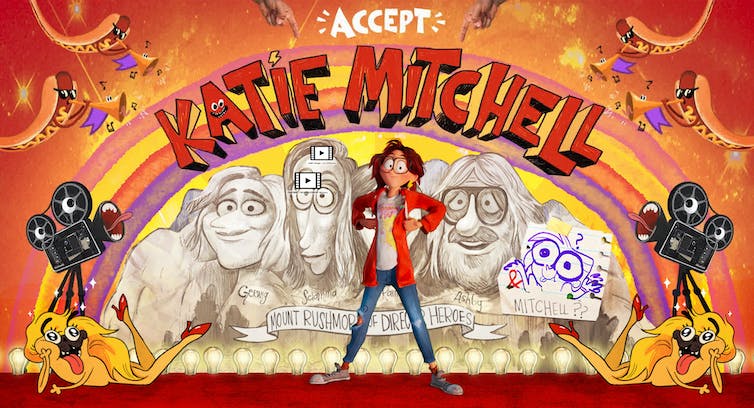 Katie loves using technology to make movies, and gets herself accepted into film school. Netflix ©2021 SPAI. All Rights Reserved.

Directors Mike Rianda and Jeff Rowe populate The Mitchells vs. the Machines with modern household technology gone bad, until the Mitchells find themselves battling killer androids unleashed by a smartphone voice assistant named PAL (Olivia Colman) — a nod to the malicious HAL of 2001: A Space Odyssey (1968).

At first glance, PAL is not fancy. She is a simple face emoticon on a smartphone display with a female voice. However, she holds hidden depths.

Like the robots Will Smith battles in I, Robot (2004), PAL displays human feelings and autonomy. Rejected by the tech entrepreneur who created her in favour of a new line of domestic robots, PAL reprograms all robots to be killing machines, hunting down humans and sending them into space.

One of the scariest moments is when the Mitchells and some robot allies find themselves in a shopping mall, attacked by any machine with a chip linked to the PAL network. Smart toasters, vacuum cleaners, fridges, vending machines, kettles, washing machines — and even an army of Furby toys — form a relentless robot battalion.

But the family’s human inventiveness and analogue survival skills help them live to fight another day. 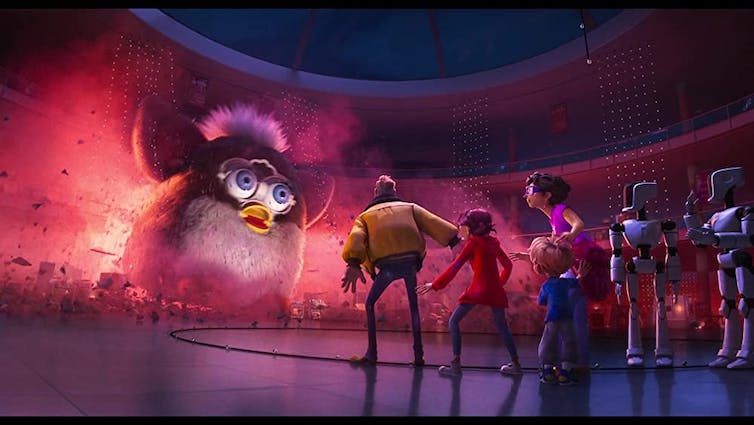 Attack of the killer Furby. IMDB

Ghosts in the machines

Neither humans nor their devices are free of faults in this film.

The humans have become dependent on their smartphones, social media and other digital devices: aspects of our everyday lives have become digitised for no apparent benefit.

But unlike previous portrayals — such as in The Social Dilemma (2020) — this dependence is not seen as permanent or pathological. Here, the boundaries between “good” and “bad” technologies are blurred, as is the line between “human” and “nonhuman”. We see both human and machine ingenuity, and human and machine hubris.

When the first audiences watched Metropolis almost a century ago, robots were the frightening stuff of future technologies not yet invented. As computer technologies began to enter homes and workplaces, films increasingly showed robots as slaves (The Stepford Wives), companions (Star Wars) and domestic helpers (Bicentennial Man) — or in worlds unto themselves (Robots).

In this era of the Internet of Things, Australians own 21.6 million smart phones, and 32.7% of houses have smart devices.

The Mitchells vs the Machines suggests there is a new give and take between humans and machines. Digital devices can be fun and useful, and are less of threat to our relationships than we might fear.

Indeed, these technologies can be more vulnerable and much less resilient than even the most dysfunctional human family.