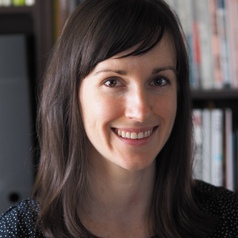 At least seven forest fires continue to burn around the Russian-held Chernobyl nuclear site in Ukraine, raising fears radionuclides could spread from the defunct facility.

Earlier this week, the Ukrainian parliament issued a statement blaming the fires on shelling or arson by Russian forces that captured the site in February.

A wildfire started on 19th March in the Chernobyl exclusion zone is still burning. The fire is located 20km from the nuclear power plant and 10km from the Vector nuclear waste storage site. pic.twitter.com/l7uRTicFy3

According to the statement, the fires now cover an area ten times larger than the emergency criteria for the site’s exclusion zone, but the ongoing war prevents firefighters from putting them out.

Nuclear power plants are not designed to be in war zones. They are highly complex technologies that can be sensitive to even minor disturbances.

Nuclear disasters are caused by a mix of technical, environmental, social and political conditions. And these contingencies don’t always match with the branding of nuclear energy as peaceful, safe and sustainable. This contrast is at its starkest in war zones, but also in the growing advocacy for nuclear energy as a low-carbon solution to climate change.

Are nuclear disasters really beyond expectation?

Consider how Tokyo Electric Power Company knew in 2008 that a tsunami of more than 15.7m could hit Fukushima Daiichi, but did nothing to prepare.

Or consider the current situation at the Chernobyl nuclear power complex. The site has experienced years of hot and dry environmental conditions and contains dry plant material filled with uranium-derived radionuclides from the 1986 nuclear disaster.

While the threat of wildfires in the Chernobyl exclusion zone exists even in peacetime, the Russian takeover increased concerns because soldiers could be cooking, smoking or firing weapons in the area.

As was the case in 2020, fires in the exclusion zone could again result in uranium-derived radionuclides being transported to neighbouring countries.

Expecting the possible onset of a war-induced nuclear disaster, people and schools in Scandinavia and across Europe have begun purchasing iodine tablets. These pills are used to saturate people’s thyroid glands to prevent the absorption of radioactive iodine-131, which could be released if one of Ukraine’s nuclear reactors or nuclear waste storage facilities were to be damaged in the war.

However, as the case of Fukushima Daiichi highlights, even when there were documented warnings of potential environmental disturbances to the plant’s operations, Japanese officials continued to describe the disaster as “sōteigai” (beyond expectation).

As wind and rain carried uranium-derived radionuclides throughout Japan and around the world, these materials were continually described as “safe” to live alongside, drink and eat. As their measurable levels increased, so did the expectation that people simply needed to accept the new risks to their health.

Maintaining the narrative of nuclear safety

Getting people to accept new threats to their health often involves the exertion of social power. In post-2011 Japan, those who questioned the safety of eating or feeding their children uranium-derived radionuclides were quickly characterised as “fuan” (anxious) or accused of spreading “fūhyōhigai” (harmful rumours).

We can see how the dominant story of nuclear safety needed to be maintained for nuclear energy to uphold its branding as peaceful and safe, even as materials from nuclear reactors spilled into people’s everyday lives.

The “sustainable” part of nuclear energy’s branding depends on abstract calculations which often only consider carbon emissions produced during a nuclear reactor’s operation. But nuclear power plants do not exist out of relationship with land and water. They require the mining, transport and enrichment of uranium, as well as the development of nuclear waste storage facilities which must last thousands of years.

It is impossible to label the technology as green or sustainable without taking into account the entire life cycle of a nuclear reactor and its infrastructures.

The United Nations recognises the importance of both social and environmental aspects of sustainability. This raises the question of whether nuclear energy’s carbon footprint is a reliable sustainability metric. Particularly because there are various other forms of pollution and harm that arise from nuclear technologies.

For example, a disproportionate amount of nuclear activity takes place on the lands of Indigenous people and in ways that perpetuate nuclear colonialism.

Director General @rafaelmgrossi released a video statement today on nuclear safety and security in #Ukraine. Watch the video and read more about it in today’s update. https://t.co/Qjkjty0ud6 pic.twitter.com/PxDArzzdX1

Grossi also said everyone (including Russia) had agreed to uphold these pillars. However, the IAEA later reported the Russian military breached pillars three and seven at the Zaporizhzhia nuclear power complex. And pillars four and six were breached when the Chernobyl nuclear power complex lost off-site power and when its radiation monitoring systems stopped functioning.

As I witness the horrors of the war in Ukraine, I hope the IAEA will hold the Russian government to their word and use associated memorandums to prevent the release of more uranium-derived radionuclides into the environment.

I also hope we will use this opportunity to take a critical look at nuclear energy’s branding. Particularly how upholding the “peaceful, safe and sustainable” brand can require overlooking the material consequences of nuclear technologies, as well as the material contingencies nuclear reactors, nuclear waste storage facilities, uranium mines and other nuclear infrastructures face in an increasingly unstable world.