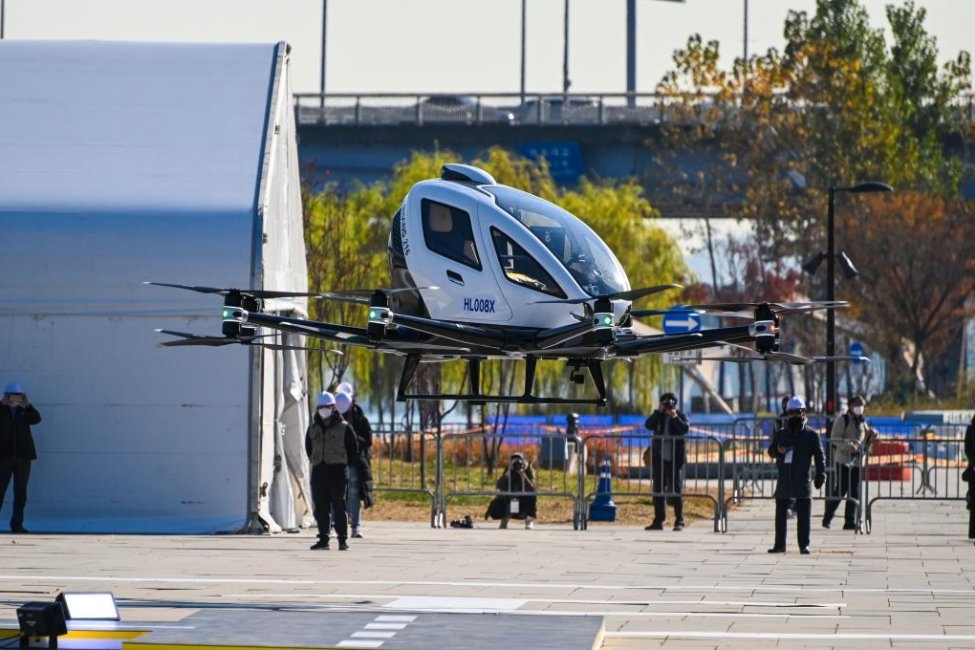 According to the ministry’s concept of operations (ConOps), drone taxi services will begin in 2025 using manned aerial vehicles.

South Korea aims to commercialize urban air mobility (UAM) vehicles as drone taxis as early as the end of 2025.

The introduction of drone taxis is meant to ease traffic congestion on Seoul's roads, said the Ministry of Land, Infrastructure, and Transport.

According to the ministry’s concept of operations (ConOps), drone taxi services will begin in 2025 using manned aerial vehicles.

Pilot tests for driverless drone taxis will be conducted as early as 2030 and a fully autonomous service is to begin in 2035.

A safety manager will board each flying vehicle after 2025 when pilots are no longer needed.

The ministry will also establish "vertiports" in major traffic hubs in Seoul, where drone taxis can safely take off and land vertically.

The ministry will also pursue collaboration with private companies to develop industrial ecosystems for drone taxis.

Drone taxis fly at an altitude of 300 to 600 meters, allowing passengers to reach their destinations three times faster than they would be using conventional automobiles.

While the market for UAM vehicles is still in its infancy, a group of automakers and tech firms are expanding investments into UAM systems to alleviate traffic congestion in major metropolitan areas around the world.

The land ministry expects the global UAM market to grow to reach around 730 trillion won by 2040 when the domestic UAM market reaches around 13 trillion won.