Two big flaws in the Economists for Brexit plan 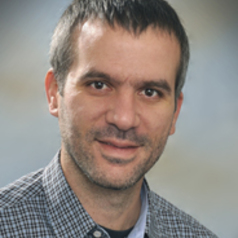 There are numerous studies showing the economic costs of Brexit and the weight of academic opinion backs these estimates. But the Vote Leave campaign does have a small group of economists who claim that the UK can be better off if it leaves the EU.

Economists for Brexit advocate a trade policy that will unilaterally reduce tariffs to zero with all countries (EU and non-EU) around the world. This, they say, will lead to increased trade and lower import prices which will ultimately benefit the UK economy. The Brexit campaign argues that it is now time to break free from the EU and its protectionist trade rules.

Theoretically speaking, there are arguments both for and against free trade benefiting a country switching from no trade to free trade. Ultimately, it depends on the structure of the markets you’re trading in.

In reality, if we take into account who the UK trades with and what the UK trades, there are two major flaws in the Economists for Brexit’s plan, which are yet to be explained. And they will not only affect the UK’s economy, but society, too.

1. There’d be a huge trade deficit to deal with

The Economists for Brexit plan for a post-EU economy will lead to the UK having a higher trade deficit, at least in the short- to medium-term. The UK already imports more than it exports to the EU – to the tune of £88 billion. This gap will grow because EU tariffs will start to apply to UK goods if Great Britain leaves the common market, and exports to the EU will fall.

This is also true for the trade deficit in goods that the UK has with non-EU countries. Even though the UK will eliminate import tariffs, it is almost certain that other countries will not extend the UK the same courtesy, at least initially.

In addition, the UK’s trade surplus in services with the EU will also be reduced, since UK exporters selling to the EU will lose what is called “passporting rights”.

Hence, it is clear that the overall UK trade deficit for goods and services will worsen after Brexit – and the current account deficit as a share of GDP is already at a record high.

The Brexit campaign has not been very clear about this. Most of its claims about being better off are based on the long-term equilibrium the UK economy could hopefully reach once it has achieved free trade agreements with other countries around the world that will lead to more trade than at the moment.

2. It’s not a world of perfect competition

The Economists for Brexit claim implies that the UK economy will benefit in the long run from a unilateral opening to complete free trade with all the countries around the world post Brexit. This is true if we lived in a world where perfect competition prevails everywhere. But if you look at the actual market structure of the sectors where the UK has high exports – cars, petrol and the pharmaceutical industry – this is not the case.

But even in a world of perfect competition, this would require letting some sectors of the economy expand while allowing others to contract. And this would mean seeing lots of people put out of jobs in the areas of decline.

Arguably, there will be space for those who lose their jobs in the areas of the economy that are growing. But this is like saying to the miners and steel workers who’ve lost their jobs in recent decades that they can adjust by moving to London and begin working instantly in financial services.

What the Brexit camp has not explained is which sectors will contract and which will expand; how much unemployment is going to increase as a result; what is the cost to government finances from these higher unemployment benefits and lower taxes in the shorter term; and whether these costly adjustments will cause a recession?

One answer that the Brexit economists can give to all of the above is the effect that an inevitable depreciation of the pound will have if the UK leaves. If the pound falls in value this will reduce the trade deficit and also speed up the adjustment of the economy to its new normal.

But it will also reduce the purchasing power of people living in the UK. Imports will become relatively more expensive, which will reduce the welfare gains that the Economists for Brexit say will result from removing trade tariff barriers unilaterally.

So the pro-Brexit economists' predicted gains from unilateral free trade with the world do not come as a free lunch. As well as the more immediate losses the UK economy will face, there are serious long-term economic and social problems, too. Perhaps the economists that support Brexit could help us to understand how the British government could tackle these issues if the UK does leave the EU.

Agelos Delis does not work for, consult, own shares in or receive funding from any company or organization that would benefit from this article, and has disclosed no relevant affiliations beyond the academic appointment above.