Walmart giving away Samsung smartphones to its 740,000 US storeworkers 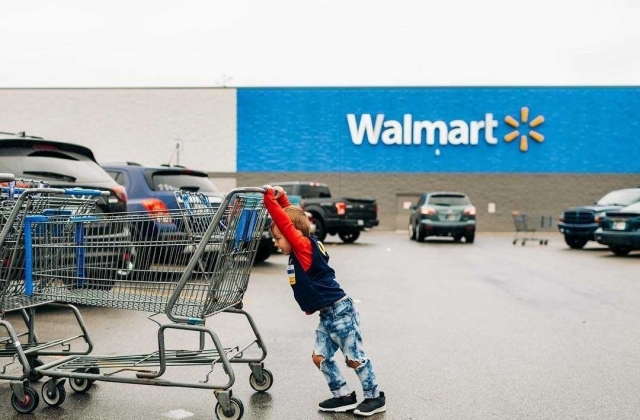 Walmart Inc. announced on Thursday, June 3, that it will be giving Samsung smartphone units to its employees and they are for free. Almost half of its total workers in the United States would be getting their free mobile phones by the end of this year.

As per Reuters, Walmart is distributing Samsung phones to its employees so they can use an app that was developed for the company. This application will help the retail store giant to manage attendance or work shifts, clock in of the workers and so they will always be easy to reach for “constant communication.”

Not only in the U.S. but the American company is also considered as the largest retailer in the world. In fact, just in the U.S. alone, it has already employed around 1.6 million people. Out of these total employees, more than 740,000 individuals are set to receive the Samsung Galaxy XCover Pro phone units that include protection plans and phone cases.

It was noted that most workers in Walmart are currently sharing company devices so this time, each one will have their own gadget that they do not have to share with others. In any case, the firm declined to share the financial information for this program but based on the available details posted on Samsung Electronic’s website, the Samsung Galaxy XCover Pro cost $499.99 in the U.S.

Then again, it was revealed that it is common for big firms to negotiate for a deal with other companies so they get big discounts for bulk corporate purchases. Thus, this is likely the arrangement between Walmart and Samsung as well.

The new Walmart app installed in the Samsung phones

Meanwhile, once the Samsung phones are already distributed, the workers will find the application called "Me@Walmart" installed in their devices. This app will be utilized to check company and employees’ schedules for up to two weeks.

Through it, workers can also make a request for leaves or change shift schedules. It is said to feature a voice-activated assistant to help individuals locate products. The phones are also to make sure that the employees can instantly connect with each other when in stores. It should be noted though that using the smartphone is not mandatory.

“Today, we’re excited to unveil Me@Walmart, a new app built in-house by Walmart Global Tech for U.S. store associates that provides an exclusive destination filled with new features to simplify daily tasks, serve our customers and plan for life outside of work,” Drew Holler, senior vice president at Walmart U.S. people operations, and Kellie Romack, vice president for product and associate experience wrote in a blog post. “The idea of this app started as a way to manage associates’ schedules and has grown into our single in-store app for U.S. associates, saving them time and helping them be more efficient.”