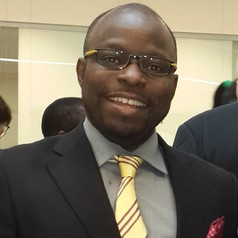 The Nigerian government has finally started the clean-up of oil-soaked Ogoniland after years of inaction. A billion dollars has been committed to what has been described as one of the world’s most wide-ranging and long-term oil clean-up exercises.

This part of southeastern Nigeria is known to have been affected by widespread oil pollution largely caused by the Shell oil company for more than five decades. A report by the United Nations Environment Programme (UNEP) catalogues the damage inflicted on Ogoniland. It includes contaminated groundwater, oil-soaked soils and a polluted environment. There has also been lasting damage to important ecosystems like mangroves.

Former Nigerian President Goodluck Jonathan failed to act on the results of the 2011 United Nations report. It is commendable that President Muhammadu Buhari has moved to address the environmental pollution and improve the livelihoods of the Ogoni people.

The report was based on environmental assessment of contamination of four thematic areas. These were land, health, vegetation and water. The recommendations cut across vital issues including operations, technicality, monitoring and public health for cleaning up the region.

But the assessment lacked the input of many experts from Nigerian research institutes. The role of international experts cannot be ignored but the exclusion of local expertise can be costly. Many of the stakeholders involved came from government and the oil industry. These stakeholders lack the knowledge acquired by Nigerian academics involved in research related to Ogoniland over the years.

The few Nigerian researchers named in the report were from the River State University of Science and Technology. This gave the impression that no other academics were involved in researching the region. In fact, a good number of Nigerian research institutes and universities have conducted research in the region. These include the universities of Port Harcourt and Ibadan. This research dates back to the 1970s and has been undertaken in collaboration with European entities.

The absence of key stakeholders from the research community could potentially frustrate government efforts in establishing new institutions to oversee and implement the recommendations.

The United Nations assessment did not include a socioeconomic study of Ogoniland. This would estimate the socioeconomic costs of environmental damage due to oil pollution. The report documented a number of socioeconomic experts but no data were provided.

This integration is crucial and could have enhanced the findings of the report. Rather, this study was left to a transition phase that will ensure the activities of the United Nations assessment are carried out. Without this, the real cost valuation of the environmental restoration and clean-up cannot be accurately estimated.

Studies suggest that social disharmony, sabotage, militancy, water contamination and low food production among the people is largely driven by oil pollution. But there is an absence of comprehensive data on economic assessment due to environmental pollution. This would in turn show the full extent of damage on livelihoods and its long-term costs in Ogoniland.

If the government does not consider the socioeconomic impact of implementing the recommendations it will incur more agitation from the Ogoni people, as is already happening.

Socioeconomic losses are huge in the region and the United Nations report does not provide costs related to these losses. As a result, the people of Ogoniland have already started demanding their share of allocation from the government based on the information from the report.

The key question is: what is the environmental damage cost of underpinning factors of socioeconomic activities, including agricultural production, education and property in Ogoniland? The lack of an estimate for the total oil spill cost and lack of formula for compensation could further aggravate tension in the region.

The origins of the conflict goes back to the 2011 report, which was based on an independent assessment on the impact of oil pollution in the region. Its main recommendations were operational, technical, public health and follow-up monitoring for the clean-up. This is far from solving the problem in the region without aggregating the oil spill cost with full extent of damage.

The current estimate for the operational costs of the clean-up is estimated at US$1 billion. But with a proper socioeconomic analysis, the cost could double or triple.

Who pays for the clean-up?

One of the significant findings was that several years of oil exploration have led to public health and safety issues. This was especially true in relation to water contamination. Benzene, which causes cancer, was found standing at 900 times recommended levels. This was indirectly attributed to the activities of oil companies.

What Nigeria now needs to do

The Nigerian government must take urgent steps to correct the omissions identified in the report. A technical body of local experts should be set up to coordinate new institutions that can be complemented by international expertise and skills.

An independent organisation must be set up to lead the socioeconomic study. This can be done in partnership with local academic institutions, the Ministry of Agriculture and Water Resources and the Ministry of Petroleum Resources. The results should form a rational basis for making decisions to speed up the implementation process.

A set of clear indicators must be developed to monitor and evaluate the activities of new institutions. This must be supported by a clear legal framework based on transparency and openness. This approach should make individuals or groups accountable at every stage of the implementation process and must be well communicated to the public.

Ademola Adenle does not work for, consult, own shares in or receive funding from any company or organization that would benefit from this article, and has disclosed no relevant affiliations beyond the academic appointment above.