What's most likely to kill you? Measuring how deadly our daily activities are 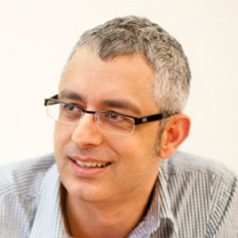 It’s always distressing and tragic when we hear a report of shark attack. But what is the actual likelihood of dying due to a shark encounter in Australia? How concerned about this are you as you go swimming? How concerned should you be?

These are all very basic questions and they serve as great opportunities to understand how we perceive risks and, importantly, how we can do this better.

So let’s answer the first question: how likely is a fatal shark attack for an Australian? To get a crude estimate of this, averaged across the whole population, you would divide the number of people who have died due to a shark attack each year (on average three to four each year based on recent data) by the population of Australia (approximately 24 million). This yields a risk of approximately one in eight million per year, which is thankfully very low.

Does this assuage your fear? If not, the reason is probably that the imagery of a shark attack is so terrifying. Any unusual and dramatic event has a huge impact on our psyche and this distorts our perception.

Also, it’s not that easy for us to interpret what a risk expressed as a relative frequency truly means.

So how can we tackle this issue of understanding risk better, and putting it into perspective? One interesting and useful way is to use the “micromort” – a one-in-a-million chance of death – as a unit of risk to help with comparisons between risky events. A Stanford professor first suggested this tool in the 1970s.

If something exposes you to a micromort of risk, this means it exposes you to a one-in-a-million chance of dying. Using micromorts to understand risk is by no means perfect, but it can work quite well to dispel some commonly held misconceptions as to how risky certain activities are.

So, firstly, let’s try to fully understand what a one-in-a-million chance is. One useful analogy is that it represents the same likelihood as tossing a coin 20 times and having it land heads up every time. You don’t need to have a good grasp of probability to understand how unlikely this is and therefore how small this unit of a micromort of probability is.

Before we look at this concept in practice, it’s worth noting that estimates of how likely events are depends on which data have been used to calculate these likelihoods. Data from different countries may yield different estimates. Broadly speaking, however, the riskiness of the following activities is fairly universally agreed on, as they are usually similar across Western countries.

Everyone would consider skydiving dangerous, and it is. According to world experts on the subject, skydiving increases your risk of dying by approximately eight to nine micromorts per jump (meaning you have roughly a one-in-100,000 chance of dying).

Interestingly, marathon running, an activity probably considered healthy, also increases your risk of dying by approximately seven micromorts per run. So if you are a marathon runner who is scared of jumping out of an aeroplane because of the risks, one might argue there isn’t really a rational basis for this fear.

Scuba diving is another activity everyone would consider to involve significant risks. It increases your risk of dying by approximately five to ten micromorts per dive.

And for those of you who aspire to scale Mount Everest, this would expose you to a whopping 40,000 micromorts per ascent.

As a point of comparison, let’s look at the risks of the very relatable activity of travel. Driving a car for 400km exposes you to approximately one micromort of risk. You would only have to ride a motorcycle for 10km to expose you to the same risk of dying, which puts into perspective how much riskier riding a motorbike is.

Aeroplane travel (by commercial jet), which strikes fear into some people, is very safe statistically. You would have to travel for more than 10,000km to be exposed to a micromort of risk.

So if the likelihood of being killed by a shark is approximately one in eight million over the course of the year, sharks increase our risk of death by 0.125 of a micromort per year. To put this in perspective, the yearly increase in our risk of dying in a shark attack is the same as the risk that many of us are willing to take in our commute to work and back each day. And it is nearly a hundred times less than the risk of drowning when you go swimming (approximately 12 micromorts).

Interestingly, kangaroos (approximately 0.1 micromorts) pose a risk of death that is similar to that posed by sharks, but our cute national emblem does not evoke quite the same fear in us.

So the micromort unit is incredibly useful for putting the magnitude of a risk into some sort of context. It’s important to be aware, however, that being based on population-level data, the micromort is not a measure of your personal risk. For example, the risk calculation for fatal shark attacks is based on the average risk across the whole population.

So it effectively estimates a risk based on the assumption that all Australians swim in the deep ocean a similar number of times per year. But if you live in Alice Springs, you would not expect your risk of being killed by a shark to be the same as for a surfer who lives on the coast. Similarly, if you only wade in water up to your knees and don’t swim in deep water, your personal risks would be different.

Despite this limitation, this measure serves as a useful way to override our inherent predilection for irrationality in the perception of risks. It allows us to contextualise everyday risks.

Everything in life has risks and the art of living a good life is to be clear as to when risks are worth taking. Every day we get out of bed (which increases your risk of death by about 2.4 micromorts!) we make a trade-off between the risks associated with what we do and our enjoyment of life, even if we are not always perceiving these risks accurately.

Hassan Vally does not work for, consult, own shares in or receive funding from any company or organisation that would benefit from this article, and has disclosed no relevant affiliations beyond the academic appointment above.