‘World of Warcraft: Shadowlands’ release date: Who can join the beta testing for upcoming expansion? 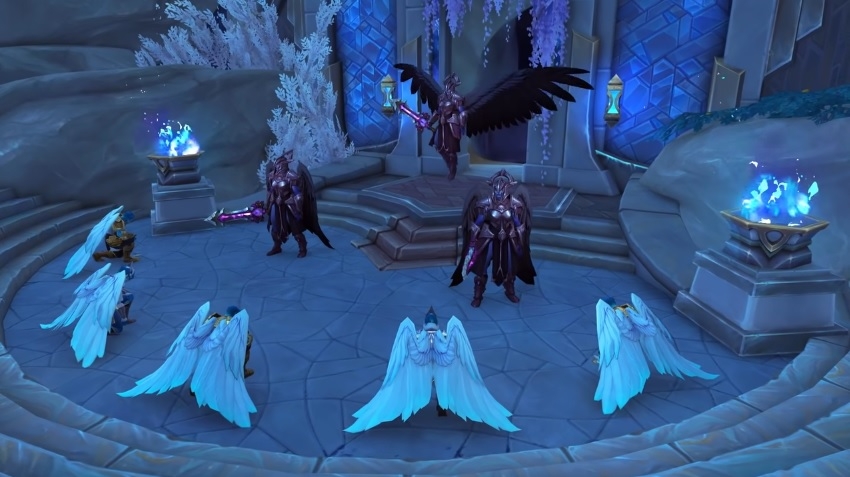 Blizzard Entertainment has released enough information about “World of Warcraft: Shadowlands” to keep the fans excited about the next expansion. However, the excitement can be a little frustrating sometimes, especially when they have to keep guessing when it is going to be released.

A very good distraction would be by joining the beta testing for “World of Warcraft: Shadowlands.” Unfortunately, access to the expansion’s beta is not an open-for-all offer like most upcoming games from Blizzard. But it is not entirely closed off to everyone, meaning fans can have the chance to join in.

‘World of Warcraft: Shadowlands’ beta: Who can join the early testing

Blizzard frequently opens upcoming games and expansion packs for restricted beta testing. However, most of the time, access to is by invitation only – the same goes for “World of Warcraft: Shadowlands.”

On the official website of “World of Warcraft: Shadowlands,” there is a beta opt-in button on the latter part of the page. It will redirect fans to the Battle.net login page, where they will be asked to provide necessary information to register. Fans will then have to wait for Blizzard’s email inviting them to join the beta testing once it is live. Without this message, there is no chance to try out the expansion before its full version is released.

It should be noted, though, that qualifying for the beta testing is not a first-come-first-served basis. Blizzard community manager Bornakk said in May 2019 that there are several factors considered in choosing beta testers, only citing as an example the age of the Battle.net account used to register.

Blizzard could also offer the beta access as an exclusive perk for fans who will pre-purchase “World of Warcraft: Shadowlands.” But this is might only happen once the development is close to completion, just like the developer did for “Warcraft 3: Reforged.”

At this point, Blizzard stands by its promise of releasing the full version of “World of Warcraft: Shadowlands” within the year, just as they promised at the BlizzCon 2019. The pre-purchase page already reflects this by stating that the expansion will be out “on or before December 31, 2020.”

However, fans may recall that this was also the same approach Blizzard did with “Warcraft 3: Reforged.” But the remastered RTS was confirmed to be delayed with only a few weeks left in 2019.