Would you vote for a Eurovision Brexit? 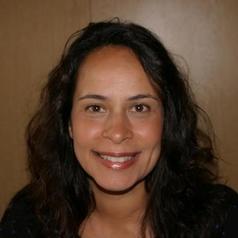 Leave had a 20 point lead over remain in a recent YouGov poll – but this Brexit referendum concerned Britain’s membership of the Eurovision Song Contest, not Europe. Considering the proximity of the EU referendum on June 23, it is certainly tempting to draw a parallel between the country’s relationship with the EU and that with Eurovision. Both are notoriously love-hate.

British emotional (and political) ambivalence in relation to Europe is captured in everyday conversation in the expression: “In Europe …” When I moved to the UK from Portugal over ten years ago, I would find this very odd and ask those who used it: “Where do you think you are?” Geographically, culturally and politically, the UK is part of Europe – if still in doubt just check Wikipedia or the remain campaign.

As an exercise in banal nationalism – an everyday representation and reinforcement of the nation – Eurovision by default reflects these tendencies. But Eurovision participation is not strictly country based and its scope goes well beyond the 28 EU member states. Participation in Eurovision is for broadcasting organisations whose countries are within the European Broadcasting Area (EBU), as defined by the International Telecommunication Union, or are members of the Council of Europe.

This results in a potential pool of 73 members in 56 countries, including organisations from countries beyond what we traditionally call Europe. Israel regularly competes and has won three times. Morocco, an associated country of the EU, participated in 1980 – performing a song in Arabic, a Eurovision first. And of course, last year we had Australia too, by invitation from the EBU as a special guest to celebrate the 60th anniversary of Eurovision. Australia has been invited again this year – a decision probably not alien to the fact that Australian broadcaster SBS has secured an exclusive option with EBU to develop an “Asiavision”.

Nevertheless, the complex (love to hate it?) relationship with the European Union is quite evident in the context of Eurovision. These days, many may throw excellent Eurovision parties, but the Brits who do so are relatively few and far between.

By and large, the UK public are pretty cynical about the competition, reflecting for some their sceptical view of Europe. In the case of Eurovision, this is largely driven by a deep resentment of the voting system. Voting at the Eurovision is often perceived as a public manifestation of political, cultural and geographical allegiances (and animosities) – “nul point for enemies and douze points for friends” – a situation most evident from the mid-1990s when regional voting blocks of former eastern bloc countries started to form. In 2008, Terry Wogan famously quit his role after 38 years as a commentator in protest against these bloc voting patterns. But any hard evidence that the UK is shunned at Eurovision seems to be lacking.

The UK has in fact benefited from some bias voting from Malta, for example. The UK is also in a situation of “privilege” in Eurovision, as it pre-qualifies for the final – without having to compete in the semi-finals – along with the host country and the other members of the “Big Five” (France, Germany, Italy and Spain), who are the biggest financial contributors to the EBU.

Like the EU, the Eurovision is also about business – Abba certainly profited from it. But the UK has often viewed the competition as a joke. Wogan, who was famous for his Eurovision putdowns, once said: “That’s the whole point of it, of course, to sneer at the foreigners”. Sneering is, perhaps, the only option for a country that, despite faring well historically, hasn’t won the competition since 1997 and even received “nul points” in 2003.

But for a country that has huge commercial success in the cultural form that is the focus of Eurovision – pop songs (mostly) in English – some say the UK should take the contest more seriously. This has led to changes in the selection process. On February 26 2016, for the first time in six years, the UK entry to Eurovision was decided by public vote, and not chosen internally by the BBC.

However, public participation and direct democracy have their limits in Eurovision, as quality needs to be ensured. The six shortlisted UK acts presented to a public vote were chosen from: public submission; submissions to BASCA (the British Academy of Songwriters, Composers and Authors); and by British Music Industry consultant Hugh Goldsmith, former managing director of RCA Records and founder of Innocent Records. Additionally, this year voting for the Eurovision winner brings new changes regarding the public participation element: each country’s vote will be split between juries of professionals giving their votes first, and the votes from viewers to be announced at the end, for additional suspense. Perhaps the EU referendum should be determined similarly.

You can vote for the Eurovision winner, but you cannot vote for a Eurovision Brexit. Please rest assured that the other Europeans love Britain and the majority wants the UK to stay in the EU. Eurovision offers Britain the opportunity to triumph as well – if not for song entry, at least for the best commentary.

Carla Figueira does not work for, consult, own shares in or receive funding from any company or organization that would benefit from this article, and has disclosed no relevant affiliations beyond the academic appointment above.