Clear evidence for a link between pro-inflammatory diets and 27 chronic diseases. Here’s how you can eat better 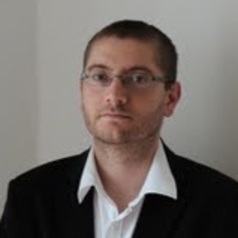 As the UK-EU deal or no-deal drama limps on, most attention focuses on the economic consequences of a new trade relationship. But UK health security – in the sense of measures to prevent and mitigate health emergencies such as pandemics – is also very much at stake.

Despite the ravages of COVID-19, health-related matters have played a marginal role in the negotiations over the future UK–EU relationship. What is clear is that both sides are heading in different directions. The UK’s desire to regain control of policymaking is fundamentally at odds with the EU’s increasingly cooperative approach to health security.

If this divergence persists, it will have lasting public health implications, especially when it comes to building resilience against the next pandemic. That is why the political declaration on the future UK–EU relationship agreed by both sides in October 2019 highlighted the need for health security cooperation. In reality, What is on offer is a reduced – or, in the event of a no deal, zero – involvement in EU public health policies.

In the absence of a new agreement covering health security, the UK will lose the ability to participate in a number of important EU public health institutions and programmes. This includes the European Centre for Prevention and Disease Control (ECDC) and its early warning and response system (EWRS) for the prevention and control of communicable diseases. Back in 2013, the UK government praised the work of the ECDC as an example of “where the EU adds real value”.

Full access to the EWRS and other information-sharing systems of the ECDC is reserved for EU and European Economic Area (EEA) member states. Other countries may be allowed temporary access to manage a health emergency that poses a cross-border threat in Europe. That much is provided for in the EU’s draft of the UK–EU partnership agreement. However, non-EU and non-EEA countries do not have routine access to the full range of ECDC health coordination systems. The importance of early warning for infectious diseases was recognised by the UK Department of Health, which lobbied Downing Street unsuccessfully to ask the EU to retain membership of the EWRS system.

There is also the EU’s joint procurement agreement (JPA), which currently covers 37 countries – including the UK until the end of 2020. The JPA is a voluntary scheme for bulk buying medical equipment and was used by EU countries to purchase ventilators at the start of the COVID-19 pandemic. The UK – one of the original signatory states of the JPA in 2014 – organised a separate initiative for procuring ventilator equipment, with limited success. The JPA is only available to EU, EEA and candidate countries, thus if the UK wanted to remain a participating state it would need to negotiate a new arrangement without precedent.

A key player in health procurement

The other post-Brexit complication the UK faces is that public health is now a fast-moving area of EU policy. The European Commission response to COVID-19 was to propose a raft of legislative and financial measures to fight the pandemic and improve future EU preparedness. Current plans cover joint procurement for medical countermeasures, personal protective equipment (PPE) stockpiling, and a pharmaceutical strategy aimed at reducing direct dependence on raw materials sourced from non-EU countries.

One area of this move to promote what in EU-speak is dubbed souveraineté sanitaire (public health sovereignty) stands out for its potential implications for the UK. Prompted by the lack of pandemic preparedness, the EU is developing an emergency medical stockpile, including PPE, under the RescEU programme. A sum of €380 million was earmarked earlier this year to start building these stockpiles, with more spending planned for the future.

As the world’s biggest trader in pharmaceutical and medicinal products, the EU’s COVID-19-related policies to promote stockpiling and reshoring has serious potential to impact global markets. The greater the scale of the EU’s joint efforts in purchasing and stockpiling, the more market power it will have in comparison to the UK government. Fear of being squeezed out in the rush to buy medical equipment explains the eagerness of countries – including wealthy Norway – to join the JPA in 2020.

The UK faces an uncertain future after 2020 if it opts not to negotiate on the subject of health security with the EU. There is a reason why the UK was, for a long time, a champion of more EU capacity in this area. Privileging sovereignty over cooperation means the UK could lose out if the unilateral approach fails to pay dividends.