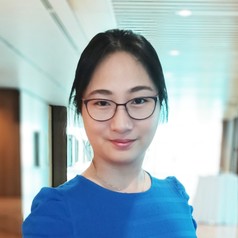 A report from Human Rights Watch released yesterday found students and academics critical of China’s Communist Party are being harassed and intimidated by supporters of Beijing.

Human Rights Watch interviewed 24 pro-democracy students from mainland China and Hong Kong, and 22 academics at Australian universities. In three verified cases, families of students in Australia who lived in China were visited or were requested to meet with police about the student’s activities in Australia.

The report also said Australian universities had failed to protect the academic freedom of students from China, and academics.

As a result, the report said students from China and academics researching China had been self-censoring “to avoid threats, harassment, and surveillance”. This frequent self-censorship threatened academic freedom.

Freedom of speech and academic freedom are paramount values for Australian universities. To protect these values, universities must do more to ensure the safety and well-being of students and employees.

The majority can still speak freely

While the report detailed concerning instances of intimidation and harassment, it also noted most Chinese students in Australia could express their views freely and engaged in healthy political debate. Intimidation is carried out by a small but highly motivated, vocal minority.

In a statement, The Group of Eight — which comprises Australia’s biggest research universities including the universities of Melbourne and Sydney — said harassment and censorship were unacceptable. But it also added universities weren’t solely responsibility for foreign interference protection:

[…] the primary responsibility for monitoring the actions of foreign governments on Australian soil lies with the Australian Government and its agencies, not universities.

[…] the majority of students who experienced harassment didn’t report it to their university. They believe their universities care more about maintaining relationships with the Chinese government and not alienating students supportive of China’s Communist Party.

Universities are struggling from a loss of foreign student revenue as a result of the pandemic. Before COVID-19, about two in every five international students enrolled in Australian higher education institutions were from mainland China. These students bring in billions for universities.

Still, universities can and should do a few things to protect their students and academics from foreign-power threats and intimidation.

What universities can do

The Australian government introduced the University Foreign Interference Taskforce in August 2019. This is a way for universities to engage with the government on foreign interference.

Current taskforce guidelines however, don’t seem to cover issues of foreign-power intimidation with regard to free debate. They are limited to addressing foreign interference in the university sector, through:

[…] efforts to alter or direct the research agenda; economic pressure; solicitation and recruitment of post-doctoral researchers and academic staff; and cyber intrusions.

The peak body representing Australia’s universities has said the kind of coercion shown in the Human Rights Watch report will be addressed in a “refresh” of the guidelines, which are currently being worked on.

Universities must not be afraid to punish students who harass others, or report back to the Chinese authorities. This should include expelling them from the university. This creates a safer environment for all students, including international students who are paying high foreign-student fees.

Universities could also encourage lecturers to hold classroom debate on sensitive topics while protecting students from surveillance. One strategy is anonymous online discussion, where students remain anonymous to other students but not to the lecturer.

Other strategies include universities letting students know before enrolment about potential risks they may face if they talk freely about sensitive issues — particularly students learning remotely from China or Hong Kong — and actively preventing recordings of discussions.

Chinese students come to Australian universities in a big part to experience the culture and society. Part of this experience is democratic, healthy debate. Students should be encouraged to express their views, whether they support or oppose the Chinese government.