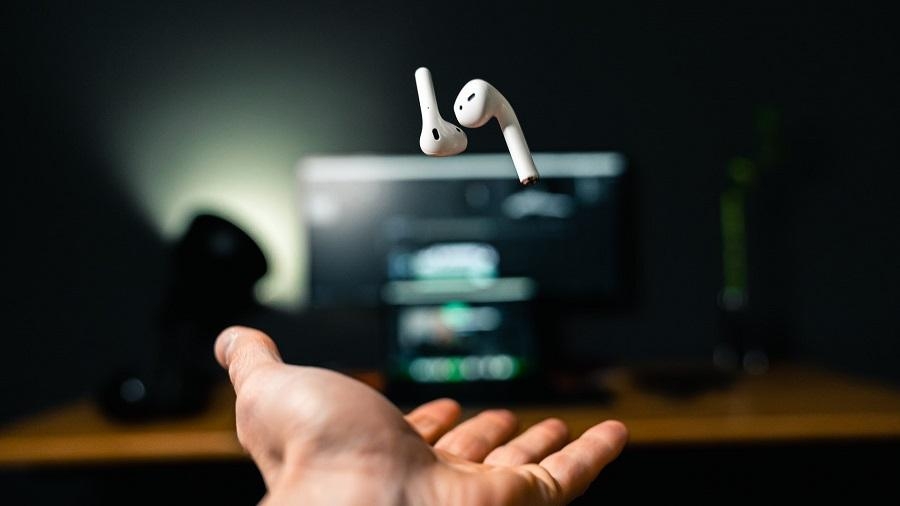 A newly published patent filed by Apple could lead to a much-needed upgrade in AirPods 3. Those who have experienced their earbuds falling off whenever they forcefully tap its controls will largely benefit from this if it comes to fruition.

AirPods 3 sensors to be upgraded for better controls?

The currently available AirPods have sensors in their stems allowing users to tap (for AirPods 2) or squeeze (AirPods Pro) to activate Siri, play/pause the music, or answer calls. It seemed simple enough, but AirPods 2 users need to use some force in tapping the earbuds for it to recognize the control. This then results in the earbuds getting detached from the ear.

People who find these as a downside in using Apple’s truly wireless earbuds will love the possibilities for the AirPods 3. Apple’s patent application (via Apple Insider) for “portable listening device with sensors” was recently published describing a much-improved sensor that could lead to a better experience. The patent specifically mentions the use of “capacitive sensors” as the device’s touch-sensitive sensor to recognize the “command signal to a paired electronic device.”

The use of “capacitive” is key in understanding how important is this potential AirPods 3. Tech fans often come across the word capacitive as a descriptor for the type of display panel or fingerprint scanner used in smartphones. These components do not need much force to respond to the gestures or control that the user does. This then means that the patent could lead AirPods 3 having capacitive sensors that will no longer require force to register a command signal. Simply put, it would lessen the instances when an earbud falls off just because the user wants to play or pause the music.

This sounds like a promising and plausible upgrade for AirPods 3. But it should be noted that tech companies like Apple always filed for patent grants, but not all of them becomes an official feature of their hardware products.

AirPods 3 release date not expected until 2021

It would still take a while to see if AirPods 3 will benefit from this invention. Apple still has several hardware launch events expected to happen through the remaining months of 2020, but they are unlikely to include AirPods 3 or AirPods Pro 2.

The best case is for the AirPods 3 to be released in 2021. In an earlier report, analyst Ming-Chi Kuo eyes the next-generation truly wireless earbuds to be unveiled within the earlier part of next year.