Rent crisis? Average rents are increasing less than you might think 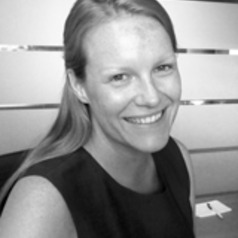 The latest Australian housing finance statistics back-up what we already know: the national housing market is starting to cool.

Local housing economists have been pouring water on the notion of a “property bubble” recently, arguing instead that rather than a bubble pop, we are on track for a gradual easing.

And at the aggregate level this is what’s happening. Home loan commitments are continuing to grow. However, this growth is occurring at a rate that has been slowing since the middle of last year.

The seven charts below unpick the latest housing finance figures. According to data released this week by the ABS, the overall growth in loans for housing increased a modest 1.5% in February (seasonally adjusted terms). Despite a bounce after the slow January month, growth over the past 12 months sits below the last five years' average annual loan commitments. (It’s the same story if we look instead at the value of loans.)

Where the picture gets really interesting is in the change in commitments to loans for the purchase of new dwellings. The number of loans in this category fell over 15% from January into February. Where this was the fastest growing category of housing finance at the end of 2015, it is now the leading area of contraction.

All-in-all this points to a market that, following a recent upsurge in building, is nearing saturation.

2. Distribution of loans by state The majority of housing finance is going to property purchases in NSW (30%) and Victoria (28%). Year-on-year growth in property prices and housing finance by state shows massive diversity. Where Sydney, Melbourne and Hobart (who knew!) have recorded near- and above double digit average property price growth, it is still a struggle for resource-heavy parts of the country.

Brisbane, Perth and Darwin are experiencing the flip-side of the two-speed economy which through the mining boom saw their housing markets pull ahead of Sydney and Melbourne. Overall, households are getting more wealth, relative to their income. This is coming from a combination of housing asset and financial asset capital gains.

6. First home owners are missing out

The latest ABS figures show that first-home buyers are making up a smaller and smaller part of the loan market. The proportion of loans to first-home buyers decreased in every state except Tasmania in the beginning of 2016.

First-home owners in NSW make up only 12% of the value of housing finance commitments, the lowest of any state and representing a significant drop-off from a high of around 30% in 2009-10 (after which point the First Home Owners Grant was scaled back).

7. Big banks are also missing out… Comparing the performance of the banks against non-bank lenders in terms of owner-occupier loan issuance, the traditional banks are lagging.

Banks are feeling the burn doubly: while their grasp of the market is trimmed by a more competitive offering from alternative lenders, the average Australian loan size is also falling.

Smaller loans are partly a response to a national housing market cool-down. It could also be attributed to APRA’s review of lending practices aimed at mitigating risk of property overvaluation introduced in December 2014.

This means the banks have to work harder (and their stock prices appear to be factoring that in!)