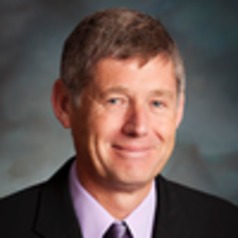 Last week, somewhat overshadowed by the events in Washington, the Democrats took control of the US Senate. The Democrats now hold a small majority in both the House and the Senate until 2022, giving President-elect Joe Biden a better chance of getting climate actions through Congress.

Biden’s key nominees to environment and climate positions in his administration must be approved by the Senate, and the Democrat majority provides a clearer path for this.

Now we have a better picture of the climate-engaged Biden administration, the question for Australia is how the changes will affect our domestic climate politics.

An aggressive US climate policy rollout could provide a much needed dose of reality to the climate discourse in Canberra. It may also prompt Australia’s major parties to acknowledge the inevitability of a transition to a zero carbon economy.

The nominees for Biden’s climate team are both well qualified and set new benchmarks for diversity. The initial response to the picks has been positive, both from the US climate activist community and more mainstream Democrats.

Congressional representative Deb Haaland will become the first Native American to serve as Secretary of the Interior. Michael Regan, currently head of North Carolina’s Department of Environmental Quality, will be the first African American to head the Environmental Protection Agency (EPA).

Former Michigan governor Jennifer Granholm is nominated as Secretary of Energy, and former presidential candidate Pete Buttigieg will lead the Department of Transport. Former Secretary of State John Kerry’s appointment as US Presidential Special Envoy on Climate was announced in late November.

The team will be charged with delivering Biden’s ambitious climate platform, which includes:

What this means for Australia

Beyond simply rejoining Paris, one suspects Biden will want Kerry to reclaim the US’ leadership role in the global quest for zero carbon. This will create a challenge for Australia.

Our Paris targets are modest at best. However in recent years, Trump’s antagonistic position on climate action meant the US absorbed the bulk of international criticism. The Biden win means Australia’s perceived lack of climate ambition will come under greater international scrutiny.

One suspects Morrison and other Liberal leaders understand key parts of their base object to Australia being viewed as a climate laggard. That much was made clear by the ousting of Liberal MP Tony Abbott in the blue-ribbon seat of Warringah at the last election. It follows that these Liberals privately recognise their net-zero timetable needs greater precision than the current “sometime in the second half of the century” approach.

Not all in the Coalition, especially in the National Party, share this view. Some will point to electorates most vulnerable to economic harm from reduced fossil fuel extraction, reformed land-use practices and lower agriculture emissions.

But politicians need to be adaptable. For Morrison to succeed in a post-Trump world, he must shift policies in a way that satisfies wealthy Liberal voters without driving regional voters to One Nation.

The Australian Labor Party will no doubt welcome the Coalition’s international climate discomfort. But should they regain power at the next election, they will face broadly similar issues. And the Greens will push Labor for aggressive targets hard to sell in key regional electorates.

Learning from the US experience

Australia’s journey to decarbonisation has more in common with the US than most other developed nations, such as those in Europe. Challenges and opportunities we share with the US include:

So a credible Biden pathway for both carbon-free electricity by 2035, and a net carbon-free society by 2050, will translate reasonably well into an Australian context. Once the US shows how decarbonisation can be done, Australia’s major parties will hopefully admit the transition is unavoidable.

One hopes this acknowledgement would be reflected in domestic policies to phase out domestic coal use – perhaps adopting US systems that financially reward storage and provision of backup power. Australia must also follow Biden’s lead and plan for electric vehicles with greater urgency.

More detail and less rhetoric on climate policy would be a welcome change across Australia’s political spectrum, including specifics on how affected communities will be helped through the transition.

The Biden win is good news for climate action globally. But it will bring into sharper focus the breadth of change needed to achieve zero-carbon. And a more honest and open discussion about decarbonisation will deliver inconvenient truths for all players.

This, of course, assumes Biden delivers a credible and coherent climate plan. With Republicans in a weakened congressional position for the next two years, the biggest obstacle to progress will be internal fights between moderate and progressive Democrats, particularly in the Senate.

Political leaders in Australia, and elsewhere, will be watching closely to see how Biden’s team rises to the challenge, and what their path to success looks like.