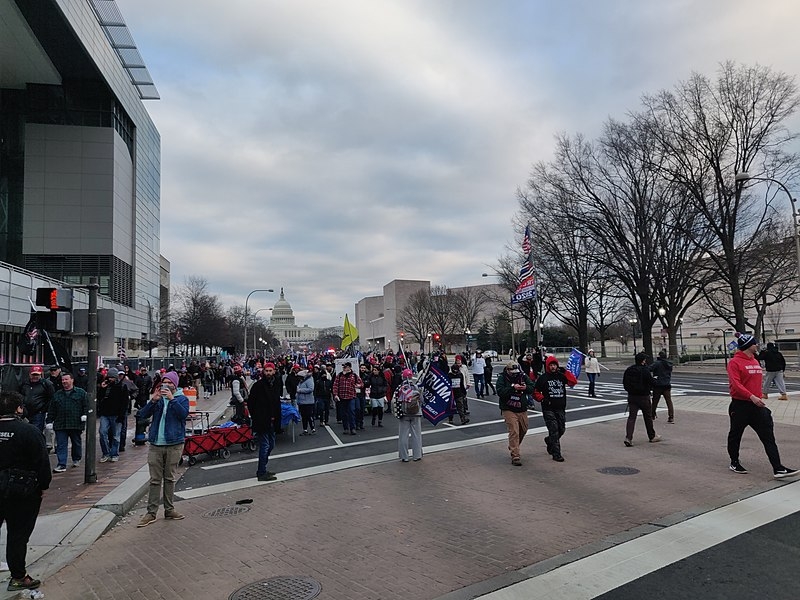 The Capitol insurrection was the culmination of the “Big Lie” peddled by twice-impeached former President Donald Trump and his refusal to admit losing the 2020 elections. During a plea hearing, an insurrectionist ignored his attorney’s advice and ranted about the supposed “voter fraud” in the elections.

Last week, Capitol insurrectionist John Lolos dismissed the advice from his own attorney and broke into a rant about supposed “voter fraud” during his sentencing hearing. Ryan J. Reilly of the Huffington Post reports that Lolos tried to justify his involvement in the insurrection, saying that he believed the former president’s claims of fraud. Lolos also claimed that he had been invited into the Capitol by “the smallest police officer I’ve ever seen in my life.”

Lolos also said that he felt that it was okay to walk into the Capitol on January 6 because so many other people were doing so. Lolos’ attorney tried to get him to stop talking, but his client apparently refused, according to Buzzfeed News. Reporter Zoe Tillman said that Lolos refused to talk to his lawyer, and while he takes responsibility for his actions in the Capitol insurrection, he sought to continue to address the judge to make it clear.

The prosecutor in the case praised Lolos for making a case for his detainment for them “by blaming other people around him, saying he only went in to talk to police, not really taking responsibility.”

The House Committee investigating the insurrection issued a new set of subpoenas this week. The bipartisan panel is now narrowing down to more members of Trump’s inner circle as among those who have been subpoenaed this week include longtime associate Roger Stone and Alex Jones. Both Jones and Stone encouraged their supporters to attend the “Stop the Steal” rally on January 6 that preceded the insurrection, according to Politico’s Kyle Cheney.

Stone was convicted in 2019 of obstruction of Robert Mueller’s investigation into possible Russian interference in the 2016 elections and was given a pardon by Trump later on. Jones lost a big defamation case filed by the families of victims of the Sandy Hook shooting.