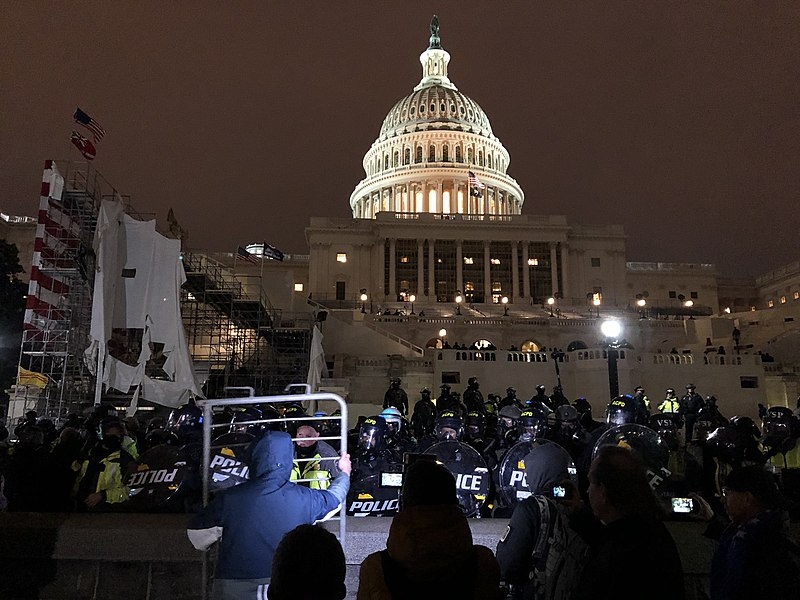 Dozens of police officers who responded to the Capitol insurrection were left injured, some more severe than others following the riots. The insurrectionist known for tasering police officer Michael Fanone has now been presented with conspiracy charges following new witness testimonies.

NBC4 Washington reporter Scott MacFarlane reports that federal prosecutors in a superseding indictment that was unsealed Monday revealed that an unnamed witness testified before a grand jury regarding another charge that was ultimately brought on Capitol insurrectionist Danny Rodriguez. The witness told the grand jury that Rodriguez told them of his intention to “assassinate” US President Joe Biden if he had the chance. According to the witness, Rodriguez also told them that he would “rather die than live under a Biden administration.”

Rodriguez and other defendants have now been accused of engaging in a conspiracy to derail Congress’ formal certification of Biden’s victory from the 2020 elections as well as to “corruptly alter, destroy, mutilate, and conceal a record, document, or other object to prevent evidence of their unlawful acts on January 6, 2021, from being used in an official proceeding, that is, the grand jury investigation into the attack on the of the Capitol on January 6, 2021.”

Rodriguez was arrested in the spring after he was identified as the insurrectionist who tasered Officer Fanone. During his interview with the FBI, Rodriguez claimed that he tasered Fanone to protect him from his fellow insurrectionists that would have done more damage.

Another Capitol insurrectionist was found to be mentally competent surrounding the charges against him of making 143 harassing calls to Michigan dispatchers, according to MLive. New York resident Jonathan Joshua Munafo is facing two charges of interstate threatening communications, one charge of interstate harassing telephone calls. Munafo made the calls on January 5, threatening to kill the dispatcher and their family if he was not connected to a police officer.