Capitol riots: Journalist turned in the noose from the insurrection to FBI 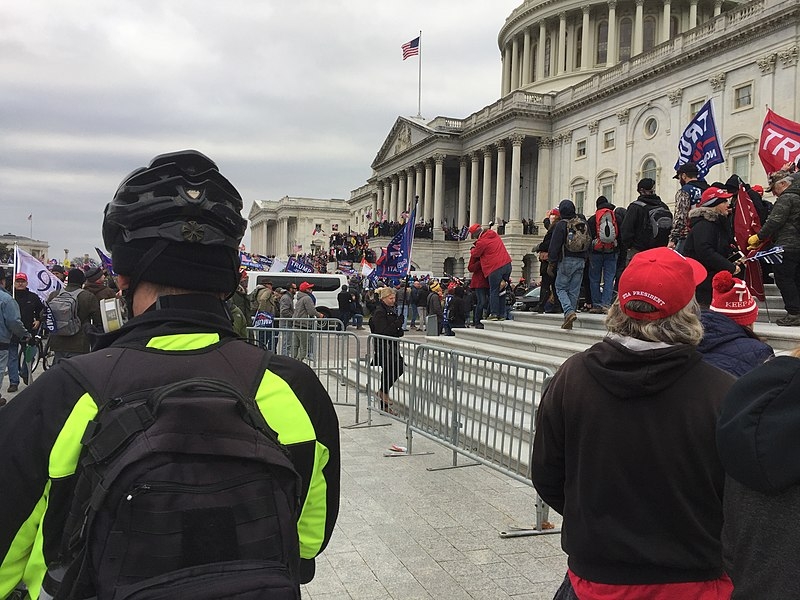 One of the disturbing images taken from the Capitol insurrection on January 6 was the set up of a makeshift noose and gallows outside the building as the mob of Trump supporters was looking to target lawmakers including vice president Mike Pence. With previous reports revealing that the FBI has now seized the noose from the makeshift gallows, it is revealed that a journalist turned in the noose made by the insurrectionists to the authorities.

“He says he saw someone discard it on the ground. More importantly, he tells me, he saw what he thinks was a Good Samaritan, after some of the rioters had cleared away, a Good Samaritan who went up to the gallows and cut the noose down, perhaps horrified or objecting to the image the noose communicates,” said MacFarlane.

MacFarlane noted that the Samaritan quickly left when he saw the journalist, who might mistake him as one of the insurrectionists. Person then picked up the noose and delivered it to the FBI Field Office in Washington.

The noose has yet to be referenced in any specific case against a charged defendant from the insurrection, according to MacFarlane. As the noose is now with the FBI, there is a chance it will eventually be mentioned in a case.

Some of those who participated in the Capitol insurrection on January 6 was revealed to be running for state legislatures. This week, Democrats from North Carolina’s state legislature staged a walkout in protest before Republican state Rep. Donnie Loftis was to be sworn into office. The walkout was the response to the revelation that Loftis took part in the Capitol insurrection.

Loftis’ social media posts revealed his actions on January 6, including one post where he shared he was “gassed three times” and was at the entrance of the Capitol when the mob “breached the door.” Loftis claimed in an October interview that his involvement was peaceful.