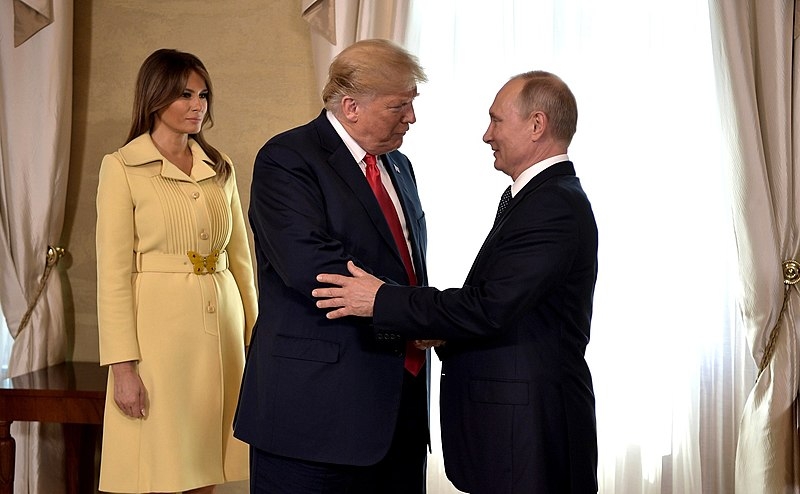 The insurrection at the Capitol last January 6 seemed to be the culmination of former President Donald Trump’s refusal to accept his loss to Democrat Joe Biden and his constant peddling of the false claim of fraud that has been widely debunked. In a new book by former first lady Melania Trump’s chief of staff Stephanie Grisham, Mrs. Trump reportedly refused to condemn the violence that went on.

As reported by Politico, Grisham’s upcoming book, “I’ll Take Your Questions Now: What I Saw in the Trump White House,” revealed that Mrs. Trump bluntly refused to call out the violence that was happening at the Capitol on January 6. A mob of her husband’s supporters stormed the Capitol in the hopes of stopping Congress from certifying Biden’s victory, leading to five people dead and dozens of police officers who responded injured.

Grisham reportedly sent a text message to Mrs. Trump at the time of the riots, asking if she would like to condemn the violence going on in social media.

“Do you want to tweet that peaceful protests are the right of every American, but there is no place for lawlessness and violence?” Grisham reportedly said in her message.

“No,” replied the then-first lady a minute later, who was reportedly in the middle of a photoshoot for a rug she had picked out.

The book also revealed that Grisham urged Mrs. Trump several times to invite incoming-first lady, Dr. Jill Biden, over to the White House during the transition process for the traditional tea. The former first lady rejected to do so as she also believed that her husband’s loss was due to a stolen election. It was not.

The conversation between Grisham and the first lady at the time appears to contrast to the claims that the twice-impeached president was not aware that lawmakers in Congress including vice president Mike Pence were being targeted by the mob.

Since the riots, hundreds of insurrectionists have so far been identified and arrested, some already awaiting trial or their sentencing. This week, the Syracuse Post-standard reported that one insurrectionist, Eric Bochene, demanded that the court pay him millions of dollars for him to represent himself in court. Bochene is charging the courts $10,000 for a court appearance, $500 per hour in research time costs, and a $50,000 surcharge if his appearances or research are under duress.