Canadian employment likely declined in November, jobless rate to have risen to 9 pct

Reserve Bank of India likely to stand pat in December

Chart of the Day Series 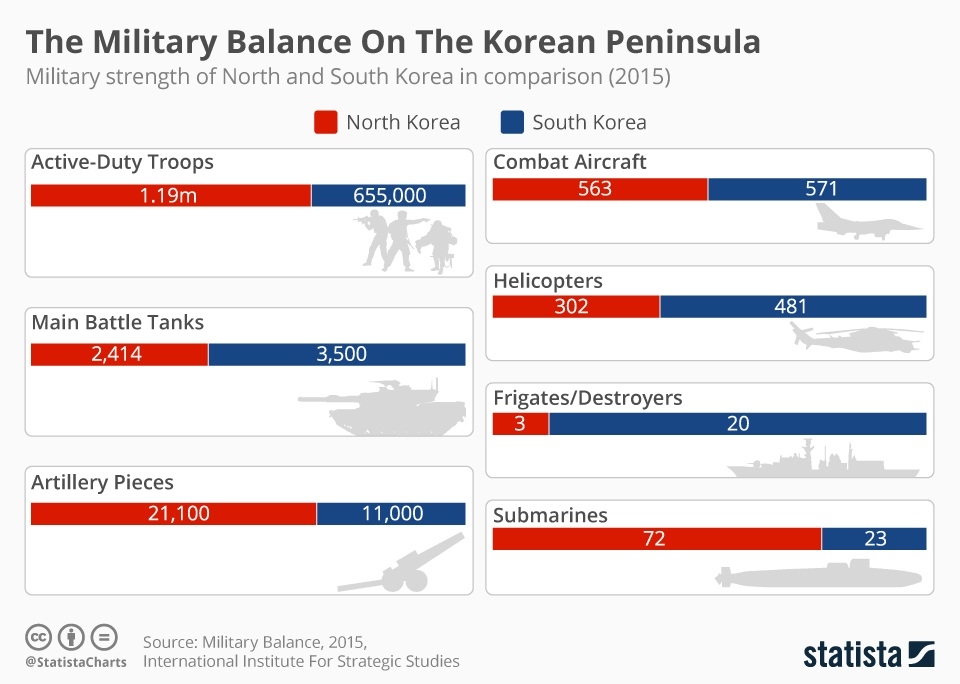 This chart from Statista compares the military might of the South and North Korea. While the number of troops is higher for North Korea including their preparedness for battle; South Korea compensates with latest technologies and advanced weapons.

What really tips the balance is not shown in the chart. North Korea is a nuclear-powered nation, while South Korea isn't.

A military conflict in the region could result in a dangerous devastation for everyone involved. Tensions in the Peninsula reached heightened levels as the US President sends powerful armada in the Korean waters to neutralize threats from the North.