U.K.’s headline inflation accelerates in October, likely to remain below 1 pct until Q1 2021

Chart of the Day Series

Chart of the Day: Senate resistance against Trump 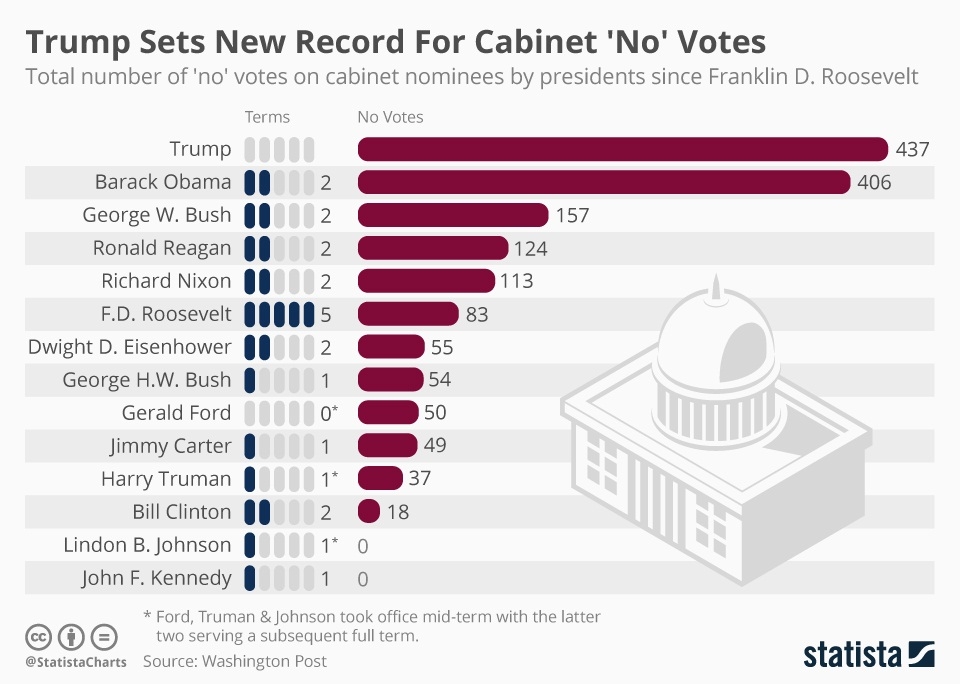 In many ways, the 45th President of the United States have set records and it is no difference when it comes to resistance.

Even after his 100 days in office, some of his proposed cabinet members are yet to get final approval.