Debate: On secularism in the 21st century 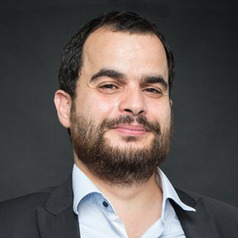 In January 2018 the French commemorated the Charlie Hebdo attacks that occurred three years earlier. The expression of American solidarity then toward the victims in France was quick and unwavering – just as it was in the aftermath of the even deadlier November 2015 attacks.

And yet, to this day, a sense of uneasiness seems to run deep through some political and academic circles in the United States that have often had a hard time understanding France’s approach to its disenfranchised minorities, to secularism and to religious liberties in general. It has become fashionable for some Americans to invite France to rethink its approach to laïcité (or secularism) in order to strengthen its social pact. One example is a December 2017 New York Times editorial accusing France of failing to face up to its racism. The editorial caused a stir even among the most open-minded French, who often consider these types of comments ill-informed at best.

This mutual uneasiness sheds light on how different societies view religion in the public sphere and interpret the notions of separation between church and state and freedom of speech in different ways. These views and interpretations shape the policy responses from Western powers towards religious minorities: whereas some place emphasis on freedom, others view religious demands as political demands that should be treated as such. Policy responses are fundamentally different as a result.

In the United States, the question of separation between church and state and freedom of speech are essentially seen through a First Amendment prism. The European immigrants’ experience of religious oppression largely influenced its phrasing and the definition of religious rights that were meant to guarantee individual freedom of worship. Those who wrote the First Amendment looked to protect the freedoms of speech and religion from political interference.

In France, the 1789 revolution targeted established political powers – first and foremost aristocracy, to be certain, but the clergy as well, to a large extent. In fact, the clergy – as much as French aristocracy – profoundly shaped the political environment of France in a way that the revolution looked to curtail. As a result, France’s interpretation of separation between church and state is diametrically opposed to the US tradition: it is far more about limiting political interference of religious forces in society and about curbing the political weight of religions in public life. The separation of church and state, at the heart of the French definition of secularism, means a systematic refusal on the part of public authorities to recognise the significance of any religion in general – and any religious right in particular. This guarantees the ability of the Republic to protect society against religious influence that, historically in France, has done more to undermine individual rights than promote them.

This tradition has largely informed the French approach to secularism and to minorities in general. In practice, this tradition means that the French society would rather ban all signs of religious faith in public schools for instance – including the Islamic veil – and thus limit the extent to which an individual can publicly affirm his or her faith, than allow any religious belief to influence a political debate – and thus limit individual freedoms of others. Whereas laws that limit the exercise of individual religious liberties would be unconstitutional in the United States, these usually tend to be relatively well-accepted by a French society which is far more concerned with the political imprint that religions can leave in the public sphere than with religious freedoms.

Religions, in other words, are not sacred to the French Republic. The individual ability to decide, in isolation of outside forces, is. As a result, it is socially acceptable in France to ridicule and caricature others’ faith, which pertains to the realm of religious beliefs – so long as that ridicule and caricature do not target individuals, in which case it becomes punishable by law.

The uneasiness among US political and academic circles is growing as they fear that Donald Trump’s views are paradoxically seem far closer to French laïcité than what common sense and Trump’s low approval ratings in Europe would suggest. This view may be misguided though: French laïcité does not demand religious minorities be banned but that the religious dimension not be the decisive factor in the policy process – pressures from the French far right notwithstanding.

The real issue therefore lies elsewhere. Those on both sides of the Atlantic who feel that the French approach to secularism is ill-advised and hypocritical have a legitimate concern: radical groups could woo disenfranchised and vulnerable minorities more easily as a result of these policies that are perceived as targeting the same groups. Meaningful policies to tackle the threat emanating from lone actors as well as from well-organised groups with ties to extremist groups abroad should account for this risk. But it is also noteworthy that terror attacks, like those carried out in Paris, seek to wear our societies from within by challenging social pacts, sowing divisions, and creating a sense of uncertainty about the sustainability of our societal models.

In this political battle, religion is undoubtedly a pretext, but it is still shaping the terms of the struggle. The ability of Western notions to strike the right balance between religious freedom and the political responsibility of religious minorities will ultimately be key in this struggle that may have far less to do with theology than with political governance and values.