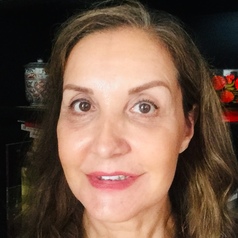 Throughout his 2020 campaign, Trump emphasized that President Obama left him a very dangerous situation with North Korea, one that could have even led to war. According to him, he was instrumental in cooling down the tension between the US and the North Korean regime, thanks to the personal relationship that he built with Kim Jong-un. On Twitter, back in 2018, Trump boasted of having “solved the problem”. Following the first meeting with the North Korean leader in Singapore, he boasted on social media:

“President Obama said that North Korea was our biggest and most dangerous problem. No longer – sleep well tonight!”

Yet, while it may be true that Trump avoided a major crisis with North Korea, he was not able to prevent the country from developing its nuclear and missile capabilities. At this point, it is the fifth greatest nuclear power in Asia, after China, Russia, India and Pakistan.

Trump, the paradoxical “peacemaker” in the nuclear-heavy Peninsula

As is often the case with Trump, there is a measure of truth to his claims. He has been able to position himself advantageously as a peacemaker, and even dream of receiving a Nobel peace prize, like Obama before him. In 2019, he said that he had been nominated by Japan’s then Prime Minister, Shinzo Abe, and endorsed for the prize by South Korean President Moon Jae-in. They praised Trump’s initiative to enter into direct dialogue and hold summits with Kim, which was undeniably daring and unexpected. The June 2018 meeting in Singapore between the two leaders did certainly make an impact, seeming to be a remarkable and promising event, inasmuch as it put an end to the escalating verbal conflict that was set off in summer 2017. That was when Trump threatened to unleash “fire and fury,” stating that his general staff did not rule out taking military action against North Korea.

However, as innovative it may have seemed at the time, “summit diplomacy” was no more effective than previous strategies. This includes the Obama administration’s “strategic patience,” which involved waiting for the regime to collapse under increased sanctions to achieve complete, verifiable and irreversible de-nuclearization (CVID). While Trump avoided conflict with North Korea, he was not able to prevent that after carrying out six nuclear tests and many ballistic missile launches, in 2017, North Korea positions itself as a de facto nuclear power and puts forward credible deterrence capabilities. Not only are they a very real and persistent threat for the United States, which is within range of its intercontinental ballistic missiles (ICBM), but also for the US’ two closest allies, South Korea and Japan.

North Korea’s reasons for developing their nuclear resources have changed over time, but the various American administrations have failed to try to understand them. When Kim Jong-il’s regime performed its first underground test in 2006, it was justified by the “nuclear threat” and pressure from the Bush administration. North Korea had been labeled part of the “axis of evil,” alongside Iraq and Iran, in President George W. Bush’s famous State of the Union speech in 2002. After the invasion of Iraq and the execution of Saddam Hussein in 2006, Pyongyang strongly suspected Bush of wanting to force a regime change in North Korea.

This suspicion and reciprocal lack of trust explains, in part, the problems of the six-party talks set up in 2003. These were a series of multilateral negotiations that brought together six countries neighboring the Korean Peninsula. Eventually, North Korea agreed, in principle, to progressively shut down its nuclear facilities in exchange for the building of a light water reactor and a million tons of heavy fuel oil (HFO). However, it withdrew from the talks in 2009, after receiving 550,000 tons of HFO from the US.

In May 2009, a second round of North Korean nuclear testing occurred after the launch of a satellite that was revealed to be a ballistic missile, setting off a new round of sanctions. It could be thought, as did the Obama administration, that this was the continuation of a policy based on a relatively well-known cycle – provocations, sanctions, negotiations, concessions. When Kim Jong-un came into power in 2011, nuclear development became a way of holding to power and part of the regime’s identity, as he strengthened his operational capacities through accelerated testing campaigns. North Korea’s nuclear nationalism is a response to a need that is just as political as it is strategic. On the domestic front, it reinforces the regime’s legitimacy and, therefore, its stability. On the foreign front, it acts as a deterrent toward the US and its South Korean and Japanese allies, all three of which have increased their missile defense capabilities.

From Obama to Trump, the limitations of a policy of maximum pressure and sanctions

Since George W. Bush’s election in 2000, the aim of CVID has been the cornerstone of US North Korean policy, up to Presidents Obama and Trump. Their lack of flexibility and the impact of regional factors, including the role of China, shows why these policies have failed in the past, and are likely to fail in the future. While North Korea has shown itself to be open to accepting a process of denuclearization, this would have to take place gradually, apply to the entire Korean Peninsula (i.e. including withdrawal of the American troops stationed there) and include robust security guarantees from the US, specifically a peace treaty.

It should be reiterated that when the 1994 Agreed Framework was signed between the Clinton administration and North Korea’s Kim Il-Sung (grandfather of the current leader), Bill Clinton agreed to build light water reactors to provide the electricity necessary for the country’s development. In exchange, the then-burgeoning nuclear program would be frozen. However, North Korea never actually agreed to this type of denuclearization. They would prefer dismantlement, which could involve downgrading and closing certain sites (particularly the Yongbyon complex), rather than giving up nuclear capabilities entirely.

In 2018, the day after the first Singapore summit, Trump triumphantly announced that the denuclearization process was going to start “very soon”. However, the agreement signed between the US president and the North Korean leader remained ambiguous on the topic of denuclearization, with each party having a very different definition of it. According to the joint statement, the aim of this exchange was to “establish new relations” between the two countries and “build a lasting and robust peace regime on the Korean Peninsula”.

To this end, Trump committed to providing “safety guarantees” to North Korea, while Kim Jong-un reaffirmed his “firm and unwavering commitment to complete denuclearization of the Korean Peninsula”. Symbolic gestures were made, though nothing else. In response to the moratorium on nuclear testing that Pyongyang imposed of its own volition, Trump suspended and scaled down some joint US/South Korean military exercises, such as Ulchi-Freedom Guardian, which was cancelled in September 2018.

In 2019, a new summit in Hanoi revealed the lack of understanding between the two leaders and ended in disaster, with each side protesting its good intentions. Trump stated that Kim Jong-un asked for all sanctions on North Korea to be lifted in exchange for the dismantlement of the Yongbyon nuclear complex, which had already been agreed to. Kim Jong-un, whose main priority is the country’s economic development, claimed to only have asked for a partial lifting of sanctions, those affecting the population most heavily, in exchange for shutting down the complex.

The illusion of possible success

Some months later, an impromptu meeting between the two leaders in the Demilitarized Zone (DMZ), in Panmunjom, upheld the illusion that negotiations could still succeed. On Twitter, Trump repeated the economic advantages that denuclearization would bring, to no avail. Holding onto the potential for dialogue to resume, the Trump administration carefully avoided responding to the North Korean provocations in the form of short-range missile testing all throughout 2019 and up to 2020.

In the end, Trump clearly failed to turn the North Korea nuclear situation into a personal success that could be attributed to his talents as a negotiator and personal relationship with the country’s leader. Despite being in direct contact and having regular correspondence (no less than 25 letters according to American journalist Bob Woodward), their closeness – whether real or exaggerated – was no match for North Korea’s strategic realism. While Trump was able to avoid war with North Korea, the country now has significant nuclear capabilities. Despite sanctions and the pandemic, it has been able to develop new ICBMs. One of these massive missiles was casually revealed at the night-time military parade in Pyongyang on 10 October 2020. Whether it is operational remains to be seen. Perhaps we should expect a new North Korean testing campaign in 2021…

Translated from the French by Rosie Marsland for Fast ForWord.