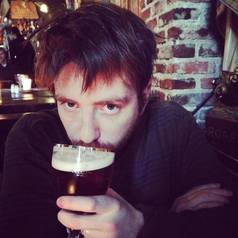 The killing of George Floyd by Minneapolis police officers sparked protests across the US and brought the Black Lives Matter movement back to the forefront of American politics. The intensity of these protests means that previously unthinkable demands for radical reform are now on the table.

The defunding of America’s heavily armed police forces, a long-term demand of racial justice activists, looks increasingly achievable. In early June, a veto-proof supermajority of Minneapolis City council members supported efforts to “dismantle” and “abolish” the police department and replace it with a new system of community policing. In Los Angeles, the mayor put forward a proposal to divert between US$100 million and US$150 million from the police department to invest in jobs and education for communities of colour.

What this would look like in practice is still unclear. While reforms need to be matched to the specific national context and goals, there are a number of countries that have attempted to defund, demobilise and radically reform their police forces.

Although this often occurs following armed conflict, the experience of three places in particular can provide important lessons for today.

Following the 2003 occupation of Iraq, the US ambassador Paul Bremer took the decision to “de-Ba’athify” the Iraqi state by removing civil servants from the era of Saddam Hussein en masse. US military planners had assumed they would inherit a functioning state, including the security system. However de-Ba’athification changed this by essentially disbanding the Iraqi security forces, leaving its personnel with no re-integration programme or alternative source of work.

This top-down imposition created a large pool of unemployed men, many of whom retained their access to arms and explosives in the post-war chaos. Many felt humiliated and hostile to the US forces, which researchers have argued led to the political basis for the subsequent Iraqi insurgency. From the elite level to the rank-and-file, these newly desperate men helped to create and sustain the insurgency, with many of Hussein’s ex-generals and spies going on to direct the activities of the Islamic State group.

The Minneapolis Police Department will not be demobilised into an environment of generalised chaos, foreign occupation and sectarian violence. Nevertheless, the blunders in post-war Iraq provide a clear lesson: you shouldn’t take jobs away from people who are trained in the use of coercion and violence without some idea of how to retrain and reintegrate them.

In the US context this would be unlikely to lead to outright civil conflict as in Iraq – although anything is possible. A more realistic worry is that the police could simply move sideways into private security, a quickly expanding sector that was ironically trialled with horrifying results in Iraq and Afghanistan. The extended use of private security on US soil could be even more violent and less accountable than the current system of policing.

The end of the 36-year-long Guatemalan civil war in 1996 saw an ambitious peace programme. It promised to demilitarise the country’s internal security by transitioning from a brutal military-led counterinsurgency to a civilian police force. However, in practice the reforms failed to effectively move past the legacy of wartime repression.

One important factor was that the newly democratic government adopted wholesale the model of the Spanish Guardia Civil, a highly militarised internal security force. The Guardia Civil has been used for internal repression in Spain since its inception in the mid-19th century, to the recent attempts to target the Catalan independence movement.

Guatemala’s decision to follow the Spanish model ran against the idea of a new policing approach even at the time. The reasoning behind the government’s decision was unclear, but bears the hallmarks of the continued influence of the Guatemalan military establishment. The outcome is a security state that is still extremely violent towards both suspected criminals and political activists.

The lesson for the US here is that meaningful reform requires a clear sense of direction rather than simply a re-packaging of the existing model. Beyond this, it also shows the dangers of a fragmented security system. Changing the practices of local police forces will be less effective if agencies such as immigration and customs enforcement are able to continue engaging in widespread violence. This is a particular vulnerability for the US, given its overlapping security agencies which lack centralised Federal control.

More positive lessons can be taken from the experiences of countries that have radically re-orientated their policing model away from retribution and towards reconciliation and restoration. The autonomous region of Bougainville, likely to become the world’s newest nation, used the end of a secessionist conflict with Papua New Guinea in 1998 as an opportunity to return to a form of community justice which emphasised honesty, forgiveness and rehabilitation.

This functioned as a way of overcoming wartime trauma and encouraging reconciliation but was also extended out as a general policing model. This approach, while supported by international donors and peacekeepers, relied on long-standing local customs and practice. The result is a society which, while not problem free, is significantly safer than the rest of Papua New Guinea. Crucially, the community-based police force enjoys broad popular support among previously victimised rural communities.

The US can’t replicate the traditional cultural practice of Bougainville, but it can learn from the lessons from its experience. Rather than imposing a particular model, local politicians and international peacekeepers empowered local people to take control of their own safety and security. It is this bottom-up, consensual approach that can form the basis of effective security reform in the US.