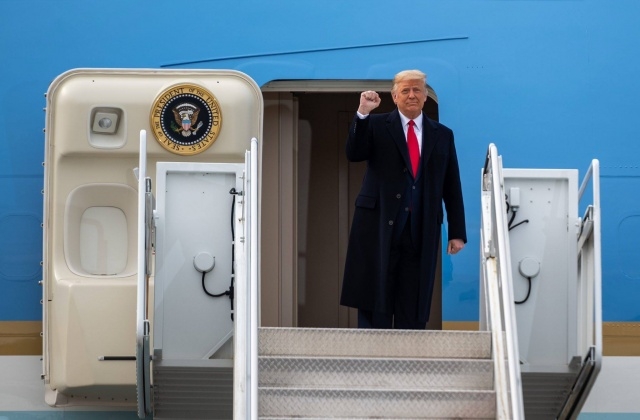 The White House just declared that the Trump administration had beaten the COVID-19 pandemic. The claim was made one week before the U.S. 2020 election.

The report on Trump’s accomplishments and victory against the pandemic

This is such a controversial assertion from Donald Trump’s camp because, as of this time, the cases of COVID-19 across America are actually going up. NBC News reported that as of Oct. 27, over 8 million cases have been confirmed in the country, and more than 220,000 people have died.

The number has surged and even surpassed the summer peak’s record, and it is said to be climbing higher at a fast rate. "The trend line looks quite vertical," NPR quoted Dr. Jessica Justman, an associate professor of medicine in epidemiology at Columbia University's Mailman School of Public Health, as saying. "It looks like this third surge is on track to be higher than the one in late July."

The claim that the Donald Trump administration has ended the pandemic was spotted in the press release that was published in a 62-page report prepared by the White House Office of Science and Technology Policy.

The document listed the accomplishments of the government under Donald Trump’s watch. Specifically, they mentioned his scientific and technological achievements, including the alleged victory over the pandemic.

“From the outset of the COVID-19 pandemic, the administration has taken decisive actions to engage scientists and health professionals in academia, industry, and government to understand, treat, and defeat the disease,” part of the report reads.

The real situation in the U.S. amid the battle with COVID-19

The report was called a lie because data and analysis show the pandemic is far from over. In fact, there are surges in some states, including New York City.

People are also furious because of the way Donald Trump handled the response to the outbreak. Many saw how the POTUS downplayed the pandemic, and as a result, many people have died, and the virus continues to spread. And even as of today, the U.S. ranks first in the world in the list with the most cases and deaths.