Michelle Obama allegedly resents being a mother and here's why

US President Donald Trump tweets his condolences to over 100,000 coronavirus victims

Social ties, not politicians, may drive political participation on Instagram 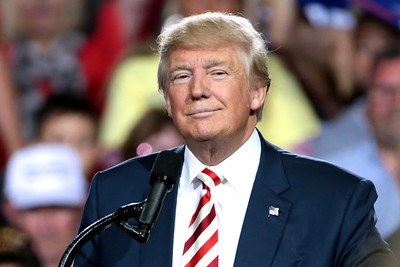 After the noted spike in President Donald Trump’s approval ratings last month, his rating experienced a downturn based on recent poll results. Apparently, Americans are dissatisfied with how the POTUS handled the U.S. economy in the midst of the coronavirus pandemic

At the moment, most states have ordered their citizens to remain at home in an effort to slow down the disease’s spread. Schools are closed and businesses deemed non-essential have been temporarily shuttered. But Donald Trump’s popularity dipped even with these efforts.

In a poll by CNN and research firm SSRS, Americans are unhappy with how Donald Trump handled the economy in the midst of the coronavirus crisis. Based on the poll, 48 percent of the respondents approved with how Trump handed with the U.S. economy, according to Newsweek.

This represents a 6 percent decrease in Donald Trump’s popularity when it comes to how he is dealing with the economy. In March, 54 percent of Americans approved of his economic policies. The 48 percent approval rating is the first time Trump’s rating in that area fell below 50 percent since September last year.

Perhaps due to the temporary closed of various businesses, only 39 percent of the respondents classified the U.S. economic conditions as “good” while 60 percent said they were “poor.”

But most remain optimistic that the economy would recover soon. Based on the survey, around 67 percent of Americans expect the economy to improve within a year. Only 31 percent believe that economic conditions will remain “poor” a year after.

Donald Trump’s declining popularity is also reflected in a Monmouth University poll published on Thursday, where his popularity rating dipped by 4 points to 42 percent, according to NBC News. Meanwhile, 50 percent of the respondents had an unfavorable opinion of the president.

“Trump registers a negative 42% favorable to 50% unfavorable opinion,” the Monmouth survey said. “This is worse than his 46% to 49% rating last month and more in line with his 44% to 53% rating in February.”

Most of the respondents believe that how Trump will handle the crisis will be a major factor in his reelection bid. “About 1 in 4 voters (27%) say Trump’s handling of the coronavirus outbreak has made it more likely he will win reelection in November, but slightly more (31%) say his response has made it less likely,” the report said. “Another 36% say the president’s handling of the outbreak has made no difference to the likelihood he gets reelected.”