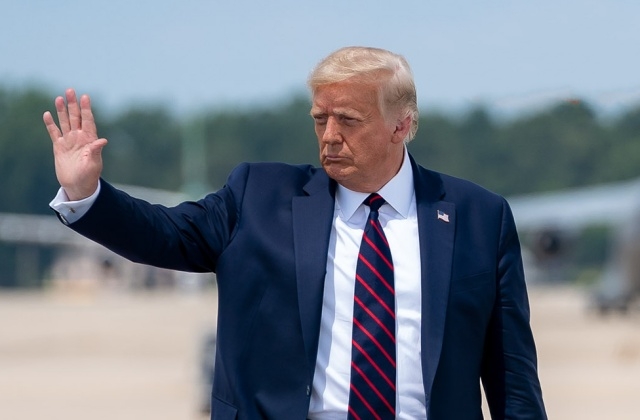 Donald Trump still refused to accept his defeat against rival Joe Biden. He is still insisting that there was massive cheating that resulted in the loss of his votes in some states.

The POTUS even filed several election protests as he still thinks he won. Many of the cases were already dismissed by the courts as he claimed fraud without real evidence. Donald Trump attempted to halt the counting of votes as well as request the recount of ballots.

Now, as Trump continues to ignore Joe Biden’s win and refused to start the transition of government by slowly handing down the power to the Democrats elected president who defeated him, The Guardian reported that the Republicans want Donald Trump to stop already.

This is because things are getting out of hand due to the moves he is taking to overturn the presidential poll results. It was said that Donald Trump’s political party wants him to drop his chaotic approach in his last-ditch attempt to retain his presidency.

It was suggested that rather than supporting Trump further, the Republicans are pressuring him to stop as he is only doing more damage to the party and to himself. The Guardian stated that the POTUS is now facing pressure from the Republicans and yet, his next move is still uncertain.

The Republicans’ disappointments with Trump

The President's legal team is said to be ruining the traditions of a peaceful transfer of power to the next leader of the U.S. and this is also putting undue pressure on the election officials. Donald Trump’s allies are said to be fueling a political storm to destroy Joe Biden's presidency before he can even assume his position in the White House.

CNN News reported that Donald Trump’s response and actions have disappointed some of the senior members of the Republicans who are ready to admit defeat. Trump's friend and former New Jersey Gov. Chris Christie also criticized the way the POTUS handled his defeat.

It was said that Christie described Donald Trump’s lawyer Rudy Giuliani and his associates as a "national embarrassment," while Maryland governor Larry Hogan said that Trump’s behavior is similar to what can be seen in "banana republic." Lastly, Trump’s national security adviser John Bolton also agreed that the president is doing more damage before Biden could be sworn in office.

“The real question is how much damage Trump can do before that happens,” he said. “Right now Trump is throwing rocks through windows, he is the political equivalent of a street rioter.”