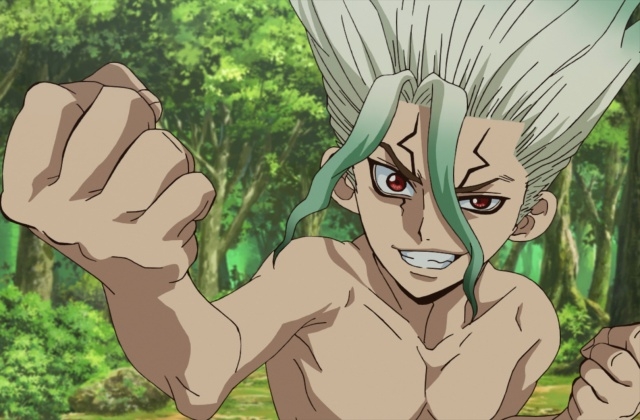 The first installment of this anime concluded in December last year, and right away, it was announced that “Dr. Stone” season 2 has been renewed. This is one of the newly-debuted Japanese animations, and it proved its popularity when it was confirmed that there will be more episodes to come.

The debut season released 24 episodes in all and fans can expect this same number in the upcoming “Dr. Stone” season 2. Also, it is anticipated that this will still be aired on several television broadcasting networks that include Japan’s KBS, Tokyo’s MX and SUN-TV. This anime is able to reach viewers worldwide through online streaming and currently, it is available on Crunchyroll and Netflix.

Based on the teaser for “Dr. Stone” season 2, it will offer a new story arc called “The Stone Wars.” It is not sure what this means but it can be assumed that Senku and his friends will be involved in a war. This guess is heightened by the fact that the trailer also showed Senku, Chrome and Gen joining their hands together and making a promise to stay together even in battles.

One of the things that fans are waiting for in the upcoming “Dr. Stone” season 2 is the big reveal about the petrification. It has remained a mystery throughout the first season even though Senku has been trying to find answers since he started to work in his Science lab.

Will he solve it in “Dr. Stone” season 2? There is a theory that says the petrification could have been an accident. It was suggested that it was an example of an experiment gone wrong and it happened thousands of years ago.

Based on the theory, someone found the remains of advanced civilization in the past and there is a device that can turn living things to stone. One member of the archeological group tried to test it by petrifying and depetrifying something but his trials suddenly went wrong and he ended up turning everything into stone except for the astronauts who were out in the space at that time. While this is unconfirmed, Senku may unravel if this is the truth in “Dr. Stone” season 2.

Meanwhile, Game Revolution suggests that “Dr. Stone” season 2 is set to air in July this year. However, if the date is accurate, there is a chance that it could be moved to another time due to the COVID-19 pandemic.