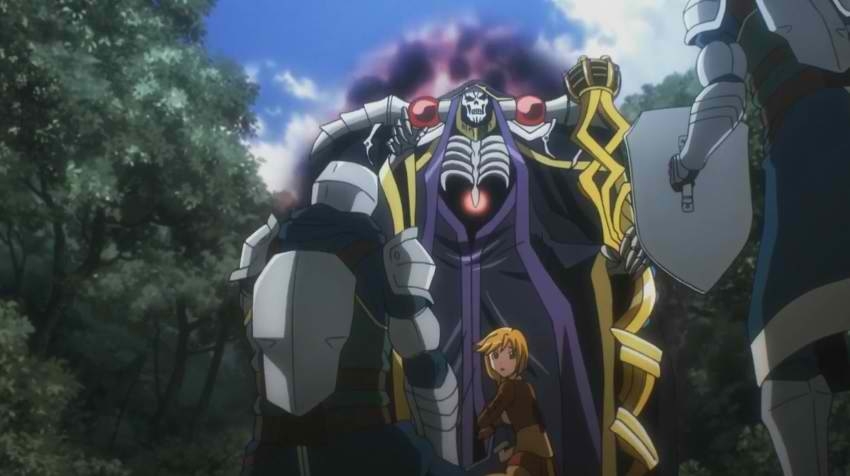 Light novel fans who vowed to wait for the official release of “Overlord” volume 12’s English version is finally getting it next month. However, the same cannot be said for anime viewers as updates about the making of season 4 remain very elusive.

“Overlord” volume 12 is the start of demon lord Jaldabaoth’s massive assault on the Roble Holy Kingdom, forcing it to ask for Ainz Ooal Gown’s help. It was first released in Japan in September 2017. But, as long-time fans know, the official English translations of the series take roughly one and a half years before getting released with Yen Press being its official publisher.

The English hardcover version of “Overlord” volume 12 will go on sale on June 23 for $20. Yen Press has yet to announce if there are special art contents that will be included in the book. This bonus is often one of the reasons fans are buying the official English copies despite having already read the volume through fan-made translations.

There might always be a debate on whether or not fans should consume the light novel through fan translations. “Overlord” creator Kugane Maruyama does not favor the proliferation of unofficial English versions and tweeted last year that his frustration on the matter sometimes makes him consider finishing the lore in volume 17. He previously said he wanted to release 18 volumes for the series.

On the other hand, fans have argued that waiting for more than one year for the English copy’s release dates is one reason they rely on fan translations. In the past, fan-translated versions were made available within a month. “Overlord” volume 14 came out last March in Japan, but its fan-translated version is already widely available online. Meanwhile, the official version’s release date, along with volume 13 (came out in April 2018), are still TBA.

Talking about these light novel volumes also show fans one thing: there are plenty of materials for the same title anime adaptation to proceed. However, fans are currently left guessing about the fate of “Overlord” season 4.

The next anime installment is still unconfirmed. But the amount remaining light novel to convert to anime plus the continuing support from fans around the world could be enough to guarantee somehow that “Overlord” season 4 will happen.

Fans have to be more patient, though. The coronavirus pandemic has already caused many anime shows to postpone production or regular programming. This leaves very little possibility for new projects, such as “Overlord” season 4, to begin within 2020.