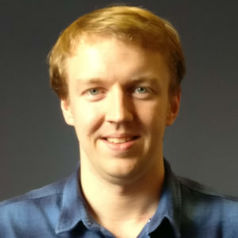 Labour has promised to give every home and business access to free full-fibre internet by 2030 if elected in the 2019 UK election. To do this, it plans to nationalise several parts of BT and create a free-of-charge, nationalised public broadband service under the banner of “British Broadband”.

Internet connectivity is recognised by the United Nations as a human right, and this appears to be the first proposal to deliver a universal and free fixed-fibre service. While no other party or government has gone this far, it is a political priority and many schemes are in place to improve internet access across the country.

To better understand the detail and implications of Labour’s proposal, it’s important to consider several aspects: the initial infrastructure roll-out, the ongoing service provision, and the impact on competition and the telecommunications market, including existing providers.

Full-fibre broadband is generally understood to mean “fibre to the premises” (FTTP). This gives very fast, one gigabit per second speeds, with significant potential to go higher in future. Around 8% of premises currently have access to a FTTP service. More households are connected to “fibre to the cabinet” offerings, with lower speeds of between 80 and 500 megabits per second (Mbps).

So the promise to deliver full-fibre broadband to every home and business in the UK will be very expensive, particularly due to the costs of reaching more rural parts of the country. Estimating these costs is difficult, but some basic calculations can be made using budgets from the forthcoming Universal Service Obligation (USO), a recent government measure to ensure everyone has access to at least a ten Mbps broadband connection.

A budget of up to a maximum of £3,400 is available for each of the 620,000 homes targeted, with the ability to pool this budget between groups of houses. Ofcom (the UK’s telecommunications regulator) believes this budget will cover 99.8% of buildings. But BT calculates that around half of the premises would be unable to receive even a ten Mbps wired connection within the £3,400 per-household budget.

The cost of delivering full-fibre broadband will be significantly higher than the cost to deliver ten Mbps wireless connections, which are built on existing, older technology. Bringing full-fibre connections to the 92% of premises across the country that do not have access to these services would involve significant civil engineering works in almost every street in the country.

According to Ofcom data, 27.1m of a total 29.6m premises in the UK do not have full-fibre broadband. A number of these will be very costly to reach. Dividing Labour’s stated £20 billion budget by 27.1m gives a budget of just £728 for every household in the country – rural or urban, including those where ten Mbps cannot be delivered for £3,400.

This figure would need to incorporate the cost of installing fibre into every home, any equipment to be installed, road works required to dig the street up to lay fibre, and the core network infrastructure required to support this number of users.

So the proposed costs to deliver full-fibre connections to every premises for a total of £20 billion are far from realistic. BT has estimated the cost of the proposal would be £100 billion, rather than £20 billion as stated.

In addition to the infrastructure costs to roll out a network, there are also the ongoing operating costs to consider. This includes operating all parts of the network, response teams to deal with problems and resolve outages, customer support, and the provision of bandwidth to the wider internet. Providing higher speeds requires larger amounts of more expensive switching equipment for the infrastructure, and more capacity throughout.

The lack of competition in service provision is also important to consider from a customer service perspective. Despite many providers using the same BT Openreach infrastructure to deliver their broadband service, Ofcom data shows there are clear disparities in customer service satisfaction and complaints levels between operators. The loss of competition could reduce customer service levels if consumers have no alternative provider to switch to.

Labour’s proposal states that people would see a saving of just over £30 per month, by no longer having to pay for broadband. But, with the trend towards “bundled” services, where television, phone, broadband internet and mobile phone contracts may be rolled together, the actual impact on bills may be less significant than expected. Ofcom reported in 2018 that 80% of households buy a bundled communications service, and that the average price of this was 24% less than the combined prices of the individual services.

Ofcom also reports that, while available internet speeds have risen over time, the average monthly household spend on phone and broadband services has fallen. The average household spends £16.97 per month on fixed internet service, albeit for the lower speeds available today, in contrast with the claim of saving “the average person £30.30 a month”.

If full-fibre internet were provided free of charge, other internet service providers would be unable to compete. They would likely either cease to provide broadband services or, in the case of providers with fibre infrastructure, have to become part of the nationalised British Broadband entity.

A less recognised casualty would be smaller, independent network operators, which often focus on providing service to a particular area. These providers are often run as local businesses by local networking experts and are a lifeline for their communities.

Their value goes beyond the simple provision of connectivity, for example in the event of bad weather, locally-run providers are better placed to respond to outages and bring people back online quicker than a national-level player is able to.

While there is no nationalised and free full-fibre scheme to compare Labour’s proposal to, Australia carried out a government-funded broadband rollout scheme that is widely viewed as a relative failure. This policy was not identical – it was not for full-fibre connections – but costs of the programme spiralled and it became a political football.

Expanding access to super-fast broadband is clearly an important policy goal and rural communities would likely be the biggest beneficiaries, as market forces are unlikely to provide this in the short or medium term. But Labour appears to significantly underestimate the costs, while possibly overestimating the savings.

Ultimately, the question to ask is whether guaranteed full-fibre connections in every home is justifiable if the programme started to run several times over budget, as seems likely. There would be a very real risk of non-delivery if the project keeps going over budget. Then, a lack of private sector provision would leave little alternative for consumers to turn to.