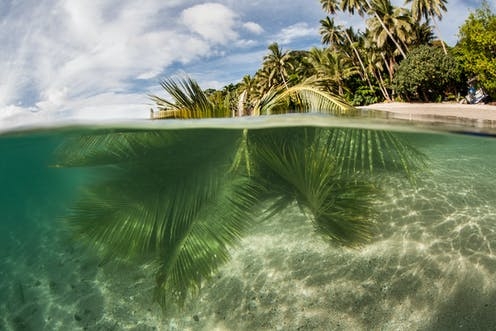 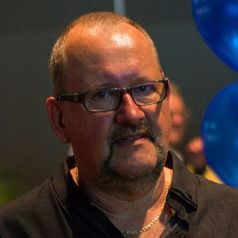 The small boat sliced its way through the waveless ocean. The Fiji air was warm and still, the silhouettes of distant islands like sentinels watching our progress. It seemed a perfect day to visit the Solo Lighthouse and the “drowned land” reputed to surround it.

As we entered the gap through the coral reef bordering the Solo Lagoon, we all removed our headgear and bowed, clapping gently with cupped hands to show our respect to the people locals say live on the land beneath the sea.

The Solo Lagoon lies at the northern extremity of the Kadavu island group in the south of Fiji. In the local dialect, solo means rock, which is all that is left of a more extensive land that once existed here. Ancient tales recall this land was abruptly submerged during an earthquake and tsunami, perhaps hundreds or even thousands of years ago.

Our boat raced on, towards the lighthouse built on remnant rock in 1888. The people with me, from Dravuni and Buliya islands, told how on a still night when they come here to fish, they sometimes hear from beneath the lagoon the sounds of mosquitoes buzzing, roosters crowing and people talking.

Every local resident learns strict protocols upon entering the realm above this underwater world … and the perils of ignoring them. It is believed if you fail to slow and bow as you enter the Solo Lagoon, your boat will never leave it. If you take more fish from the lagoon than you need, you will never take your catch home. 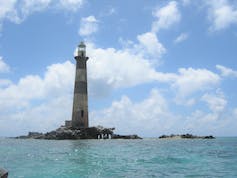 The Solo Lighthouse stands on a rock in southern Fiji. Vasemaca Setariki

It is deceptively easy to ridicule such beliefs in underwater worlds but they likely represent memories of places that really were once submerged. Several groups of people living throughout Fiji today trace their lineage back to Lomanikoro, the name of the drowned land in the Solo Lagoon. Though there is no written record of the event, its believed submergence reconfigured the power structures of Fijian society in ways that people still remember. Similar traditions are found elsewhere.

In northern Australia, many Aboriginal groups trace their lineage to lands now underwater. A story told decades ago by Mangurug, a Gunwinggu elder from Djamalingi or Cape Don in the Northern Territory, explained how his people came from an island named Aragaládi in the middle of the sea that was later submerged. “Trees and ground, creatures, kangaroos, they all drowned when the sea covered them,” he stated.

Other groups living around the Gulf of Carpentaria claim their ancestors fled the drowning land of Baralku, possibly an ancient memory of the submergence of the land bridge connecting Australia and New Guinea during the last ice age.

In northwest Europe, meanwhile, there are countless stories of underwater lands off the coast where bells are said to toll eerily in drowned church steeples. Such stories abound in Cardigan Bay, Wales, where several “sunken cities” are said to lie. In medieval Brittany, in France, fisher-folk in the Baie de Douarnenez used to see the “streets and monuments” of the sunken city named Ys beneath the water surface, stories of which abound in local traditions. 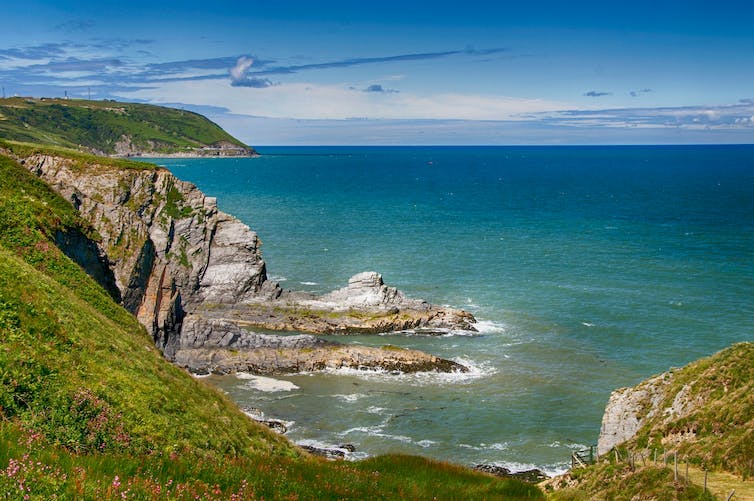 Indeed in many cultures across the world there are stories about underwater worlds inhabited by people strikingly similar to ourselves, cities where benevolent bearded monarchs and multi-tentacled sea witches organise the lives of younger merfolk, many of whom aspire to become part of human society. Fantasy? Undoubtedly. Arbitrary inventions? Perhaps not.

Such ideas may derive from ancient memories about submerged lands and the peoples who once inhabited them.

And if we allow that some of these stories may actually be founded on millennia-old memories of coastal submergence, then they may also have some practical application to human futures. For coastal lands are being submerged today; birthplaces in living memory now underwater.

In the 200,000 years or so that we — modern humans — have roamed the earth, the level of the ocean, which currently occupies over 70% of the earth’s surface, has gone up and down by tens of metres. At the end of the last great ice age, around 18,000 years ago, the average ocean level was 120 metres or more lower than it is today.

As land ice melted in the aftermath of the ice age, sea level rose. Coastal peoples in every part of the world had no choice except to adapt. Most moved inland, some offshore. Being unable to read or write, they encoded their experiences into their oral traditions.

We know that observations of memorable events can endure in oral cultures for thousands of years, plausibly more than seven millennia in the case of Indigenous Australian stories of volcanic eruptions and coastal submergence. So how might people’s memories of once populated lands have evolved in oral traditions to reach us today?

Initially they would have recalled the precise places where drowned lands existed and histories of the people who had occupied them. Perhaps, as time went on, as these oral tales became less convincing, so links were made with the present. Listen carefully. You can hear the dogs barking below the water, the bells tolling, the people talking. You might even, as with Solo, embed these stories within cultural protocols to ensure history did not disappear. 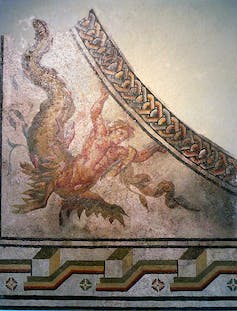 Traditions involving people of the land interacting with their submarine counterparts are quite old; the Greek story of a merman named Triton is mentioned in Hesiod’s Theogony, written almost 3,000 years ago. In Ireland, there are stories hundreds, perhaps thousands, of years old that tell of high ranking men wedding mermaids, begetting notable families, and even giving rise to taboos about killing seals, whom these mermaids regarded as kin.

Stories of people occupying undersea lands also abound in Indigenous Australia. They include those about the yawkyawk (or “young spirit woman” in the Kundjeyhmi language of western Arnhem Land), who has come to be represented in similar ways to a mermaid.

Like mermaids in Europe, Australian yawkyawk have long hair, which sometimes floats on the ocean surface as seaweed, and fish tails. 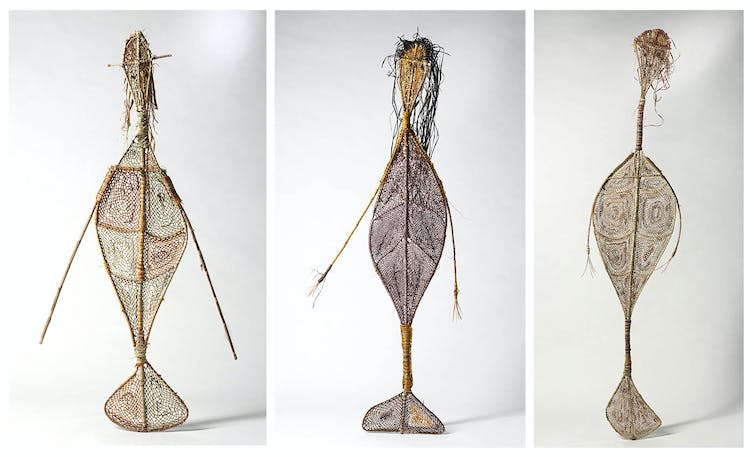 In the central Pacific islands of Kiribati, meanwhile, it was once widely believed worlds existed parallel to the tangible one we inhabit. Entire islands moved between these, wandering through time and space, disappearing one day only to reappear some time later in a different place. Humans also moved between these worlds — and I suspect this was once a widespread belief of people occupying islands and archipelagos.

Sometimes the inhabitants of these worlds were believed to be equipped with fish tails, replaced with legs when they moved onshore. An ancient ballad from the Orkney Islands (Scotland), where such merfolk are often called silkies, goes:

I am a man upon the land
I am a silkie in the sea.

At one time, the people of the Aran Islands (Galway, Ireland) would believe they had spotted the island of Hy-Brasail far to the west; scrambling to reach it in their boats. No-one ever did. On the other side of the world, the fabulous island named Burotukula that “wanders” through Fiji waters is periodically claimed to be sighted off the coast of Matuku Island. 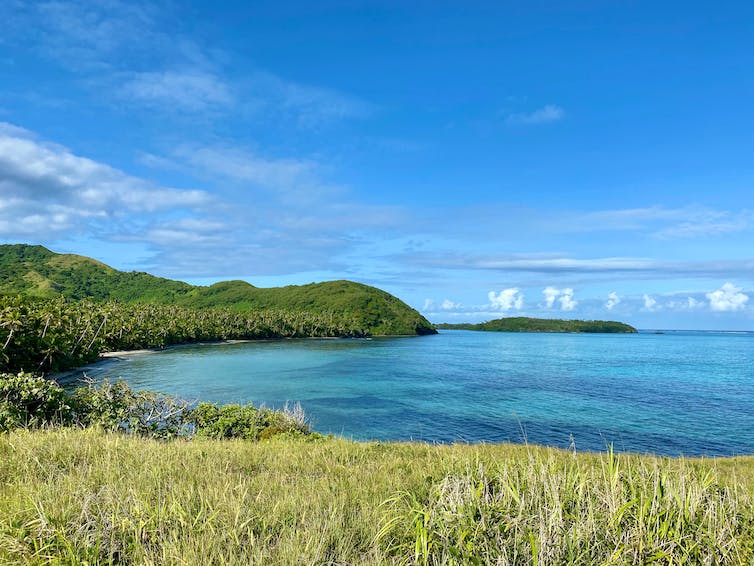 In oral societies, such as those that existed almost everywhere a thousand years ago, knowledge was amassed and communicated systematically by older people to younger ones because it was considered essential to their survival. Much of this knowledge was communicated as narrative, some through poetry and song, dance, performance and art 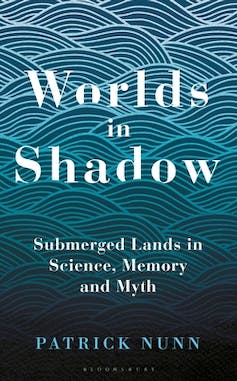 In harsh environments, where water and food were often scarce, it was vital to communicate knowledge fully and accurately. Australia provides excellent examples, where Indigenous law was cross-checked for completeness and accuracy when transmitted from father to son.

Part of the law considered essential to survival was people’s experiences of life-altering events. This included bursts of volcanic activity and the multi-generational land loss that affected the entire Australian fringe in the wake of the last ice age, reducing land mass by around 23%.

For instance, a story told in 1941 by Sugar Billy Rindjana, Jimmy Moore and Win-gari (Andingari people) and by Tommy Nedabi (Wiranggu-Kokatato) recalled how, millennia earlier, their forebears living along the Fowlers Bay coast in South Australia “feared the sea flood would spread over the whole country”.

These stories also talk about people’s practical responses to try to stop the rising waters. The Wati Nyiinyii peoples from the Nullarbor Plain in Western Australia once “bundled thousands of [wooden] spears to stop the ocean’s encroachment” on the lands that once existed below the Bunda Cliffs.

In a story told by the Gungganyji people of the Cairns district in northeast Australia, they heated boulders in a mountain-top fire, then rolled these into the face of the encroaching ocean to stop its rise.

Today the ocean surface along most of the world’s coasts is rising faster than it has for several thousand years. It is placing growing stress on coastal societies and the landscapes and infrastructures on which they have come to depend. Anxiety is building, especially in the face of scientific projections involving sea-level rise of at least 70 cm by the end of this century. 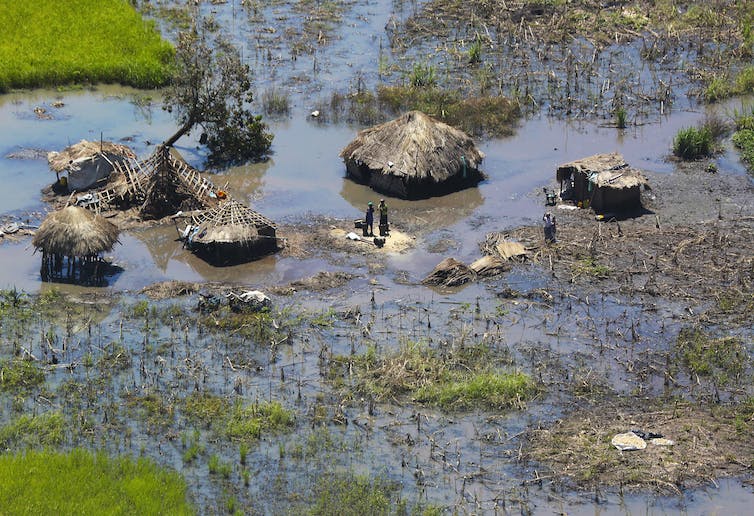 A family stand outside their submerged huts near Beira, Mozambique, in 2019. Much of the city is below sea level on a coastline that experts call one of the world’s most vulnerable to global warming’s rising waters. Tsvangirayi Mukwazhi/AP

We are responding with practical solutions, building hard structures such as walls and wooden palisades along coastlines. We look to science to curb climate change but many people still feel anxious and powerless.

Our ancient ancestors, confronted with a seemingly unceasing rise in the ocean surface — and associated loss of coastal lands — also felt anxiety and built structures. And, as some people do today, many almost certainly sought spiritual remedies too. Of course we know little about the latter, but there are clues.

In many places along the coasts of Australia and northwest Europe, there are stone arrangements, ranging from simple stone circles to the extraordinary parallel “stone lines” at Carnac in France, kilometres long. 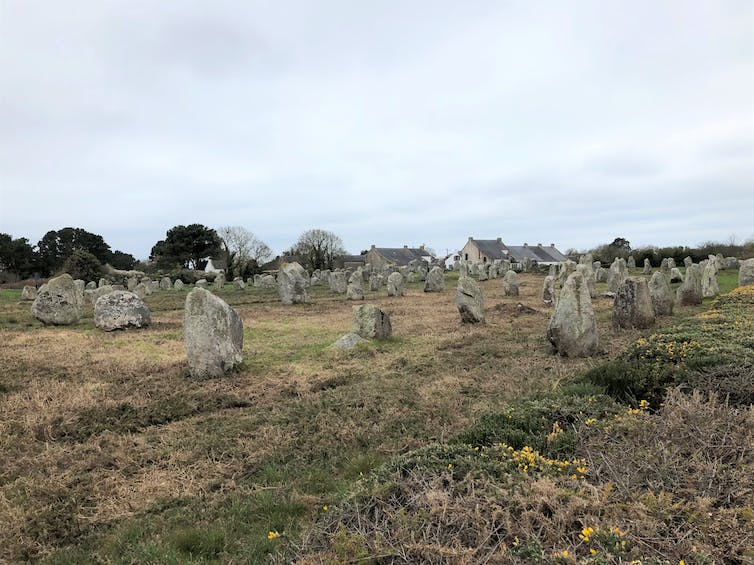 Part of the stone lines of Carnac, considered to represent a spiritual response by people in this part of coastal Brittany more than six millennia ago to the rising sea level. Patrick Nunn

These stone lines, built more than 6,000 years ago have been interpreted by French archaeologists as a “cognitive barrier” intended to stop the gods interfering with human affairs, specifically to stop the rapid and enduring rise of the sea level along this part of the Brittany coast. Ritual burials of people and valuables along the shore in northwest Europe may once have served a similar purpose.

We can take hope from our ancestors’ experiences with rising sea level. Most people survived it, so shall we. But the experience was so profound, so physically and psychologically challenging, that the survivors kept their memories of it alive as stories passed on from one generation to the next. Their stories became enduring oral traditions — intended to inform and empower future generations. And to show us that the past is not without meaning; it is not irrelevant to our future.