FxWirePro: GBP/AUD close below key fibo adds to the bearish bias, good to sell on rally 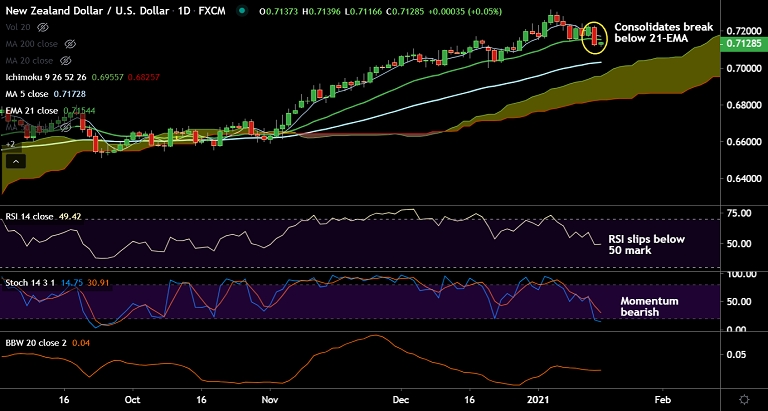 Risk weakens amid cautious sentiment ahead of new government in the US. Also, the coronavirus woes and doubts over China’s economic improvement weigh on the upside.

The pair has broken below 21-EMA on Friday's trade and is set to extend downside as technical indicators support downside.

Stochs and RSI are biased lower and RSI has slipped below 50 mark. Analysis of GMMA indicator shows near-term bias has turned bearish.

MACD shows bearish crossover on signal line and 'Bearish Divergence' on Stochs and RSI on the daily charts adds to the bearish bias.

The pair now eyes next major support at 50-DMA at 0.7054 ahead of 55-EMA at 0.7031. Major trend is bullish, but breach below daily cloud could change near-term dynamics.