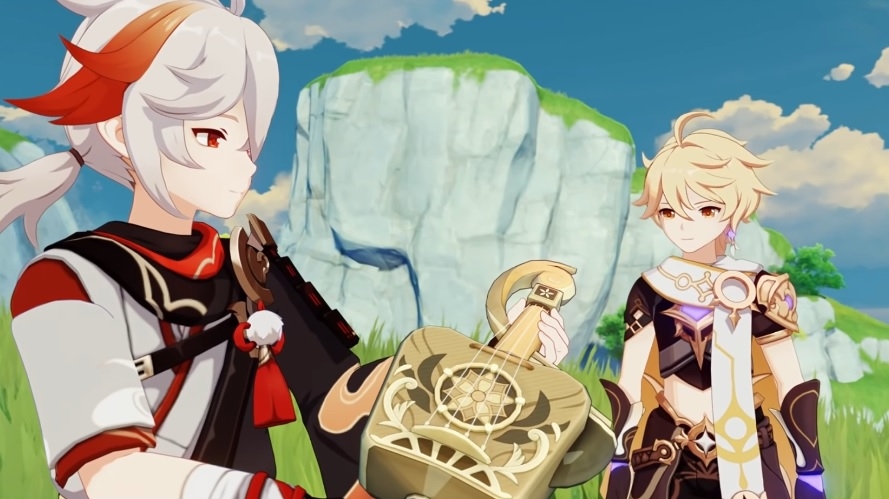 The next major update for “Genshin Impact” is launching in a little more than a week. Players have several things to look forward to, including new characters and the last area to complete the map of Inazuma.

There will be three characters featured in the “Genshin Impact” 2.2 updates this month — two of them are returning characters, while the third one is new. Five-star Hydro character Tartaglia, also known as Childe, is getting his second character banner rerun with the return of the Farewell of Snezhnaya event wish in the next update.

“Genshin Impact” version 2.2 also features the return of Hu Tao. The 77th director of the Wangsheng Funeral Parlor is a five-star Pyro character who wields a polearm. The update marks only the second time that Moment of Bloom will go live since it was introduced last March. The event wish’s return next month will also include a new face named Thoma, a four-star polearm-bearing Pyro character. In the version 2.2 preview page, Thoma is described as a housekeeper of the Kamisato Clan and works as a “fixer” in the Inazuma region.

Players who are not using PS4 or PS5 are also getting the chance to get the five-star Aloy from Guerilla Games’ popular “Horizon Zero Dawn.” So anyone who has reached Adventure Rank 20 once “Genshin Impact” version 2.2 goes live is eligible to receive the character for free on PC, Android, and iOS.

Developers will introduce the sixth and final area in the Inazuma region through “Genshin Impact” version 2.2. The last island is named Tsurumi, and fans might recall it as the fog-covered location teased during the game’s version 1.6 Special Program last May. At the time, miHoYo only said no one had dared to enter Tsurumi in “many long years,” but that will change soon.

The addition of Tsurumi Island in “Genshin Impact” version 2.2 means players will finally get the chance to explore the last area in Inazuma. And a press release for the next update offers more information on the new location: “The island is shrouded in dense fog, and players may easily get lost and encounter unprecedented challenges while exploring this area.”