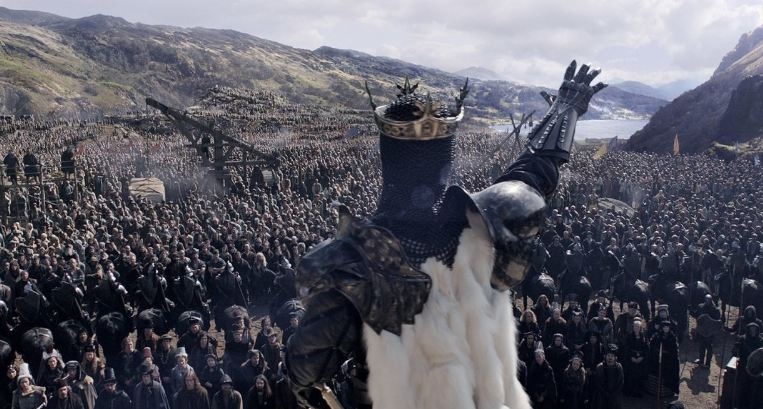 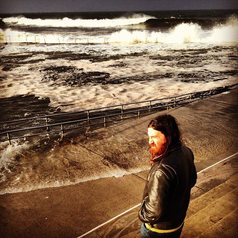 There have been several film versions of the King Arthur myth, each reflecting something about the socio-political context in which it was produced. Richard Thorpe’s Knights of the Round Table (1953), for example, reflects the perception of the need for stable, considered government in the wake of WWII and the onset of the Cold War.

John Boorman’s Excalibur – still the best of the Arthur films – offers a version of the myth combining the austere (1980s Thatcher) and the hallucinogenic (the recently passed 1970s).

Guy Ritchie’s most recent version, King Arthur: Legend of the Sword, is one of the better ones, even if its approach leads to a rather uneven film. Ritchie has built a career around infusing old genres and cultural myths with fresh energy through hyper-kinetic style – with more or less success – and King Arthur is no different.

Like many of Ritchie’s films, King Arthur is acutely self-conscious vis-à-vis its own processes of narrative construction. There are, for example, several scenes in which Arthur (Charlie Hunnam) recounts to other characters recently occurred events in the world of the film, which we see enacted and re-enacted on screen through tongue in cheek flashbacks.

The whole thing is, indeed, hyper-aware of its own mythology – and the key part the Arthur myth plays in the formation of English nationalism.

This awareness of cultural myth – and Ritchie’s attempt to energise it – is evident in the aesthetics of the film. It sutures together sequences evoking the earnestness of Game of Thrones-style fantasy (which can appear ludicrous if played to the hilt – dragons, really, how seriously can we take them?) with those defined by Ritchie’s trademark larrikinism and gallows humour.

This odd aesthetic combination is probably the most compelling thing about the film, epitomised in the opening 20 or so minutes of it.

This extended pre-title sequence takes place in Camelot, following the backstory of Arthur’s part in the legend, including his father Uther Pendragon (Eric Bana)’s victory against the evil Mordred, Uther’s slaying by his brother Vortigern (Jude Law), and Arthur’s escape from Vortigern.

It is filmed in a deliberately serious fashion, with slow motion images of battle accompanied by sombre, medieval music, the whole thing enshrouded in ash and fog. It has an intensity – and interiority – wholly unusual in Ritchie’s oeuvre.

The film then crosses, after the credits, to the town of Londinium, where we witness the growth of Arthur from toddler into fighting man, shown in an accelerated montage accompanied by pounding dance music. The film, having gestured towards its project and dynamic to come – the infusion of one of England’s most serious national myths with a hooligan irreverence – now settles into playing this out to its logical conclusion.

Arthur, when we meet him as an adult, is basically one of Ritchie’s lowbrow gangsters placed in fantasy England – he is a lovable geezer who runs a brothel and a gang of hoods. He refers to his followers as “lads” and there is an extended sequence in which they plan an assassination of the King that plays out like a heist sequence from Snatch.

When the film intermittently cuts back to Camelot from Londinium, it adopts the more sombre approach of the opening; when it cuts back to Arthur and Londonium, it becomes Ritchie’s (equally mythical) good-guy, gangster’s paradise.

The film thus develops the story of Arthur’s finding of Excalibur, his revelation as saviour of England (and its commoners), his defeat of tyrant Vortigern, and his construction of the Round Table, making for an at times thrilling, at times bizarre, and generally wildly uneven viewing experience. Like most Hollywood films, Arthur’s quest for justice – his activation as leader of the population against its rulers – is couched primarily in individualistic terms.

Arthur is at pains to point out, several times, that for him the revolution is not a quest for any kind of greater justice, but (Batman-style) merely about revenge for the murder of his parents. This revenge mission itself is kinetically filmed and violent – but not too violent, for if it were it would lose its PG-13 rating and a chunk of box office revenue – replete with Ritchie’s usual self-deprecating (some might say affectedly so) touches.

Even the fashion style of hero and villain are telling. King Arthur would almost be worth watching for the comic value of the costumes alone. Hunnam, as Arthur, frequently appears in a sheepskin-lined leather coat, looking like he’s just walked offstage at an Oasis concert, and Law appears, at times, in an open shirt and jacket that makes him look like an effete and sleazy London nightclub owner.

King Arthur is pretty good, and Ritchie is to be commended for his (perhaps) uncynical attempt to blend classic English myth with the contemporary gangster myth he’s been so instrumental in recreating for the 21st century.

Hunnam is enjoyable to watch, even if Law seems asleep at times, and the suporting actors are good, including Djimon Hounsou doing the serious wise man thing, and Neil Maskell – one of the unsung stars of contemporary British cinema – excellent as the most geezerish of geezers, Arthur’s suggestively named gang member Back Lack.

There are, however, two points of criticism – one major, one less so.

The film ends with a saccharine promotion of British liberal-nationalism. Arthur assumes the person of England and “all of her subjects,” and a brigade of Vikings kneel down before her/him. It is a little on the nose, especially for anyone with even a rudimentary understanding of the relationship between British liberalism and colonialism, and the many atrocities enacted on behalf of Mother England throughout the latter period.

It can be difficult, too, for the modern viewer to sustain her or his interest in this kind of prophetic narrative. We are so used to narratives of individual choice and deliberate action occurring in universes governed by chance that this mythical narrative is always in danger of become uninvolving. If the whole thing is preordained – the film is, after all, called King Arthur – then why would we be interested in following Arthur’s journey?

Still, Ritchie navigates this bind well, knowing that it’s the presentation of the journey – and our involvement in and judgement of the spectacle – that is of paramount importance, rather than narrative development or denouement.

And this is why Ritchie himself is one of the kings of modern spectacle.

King Arthur, Legend of the Sword opens May 18.

Ari Mattes does not work for, consult, own shares in or receive funding from any company or organisation that would benefit from this article, and has disclosed no relevant affiliations beyond the academic appointment above.